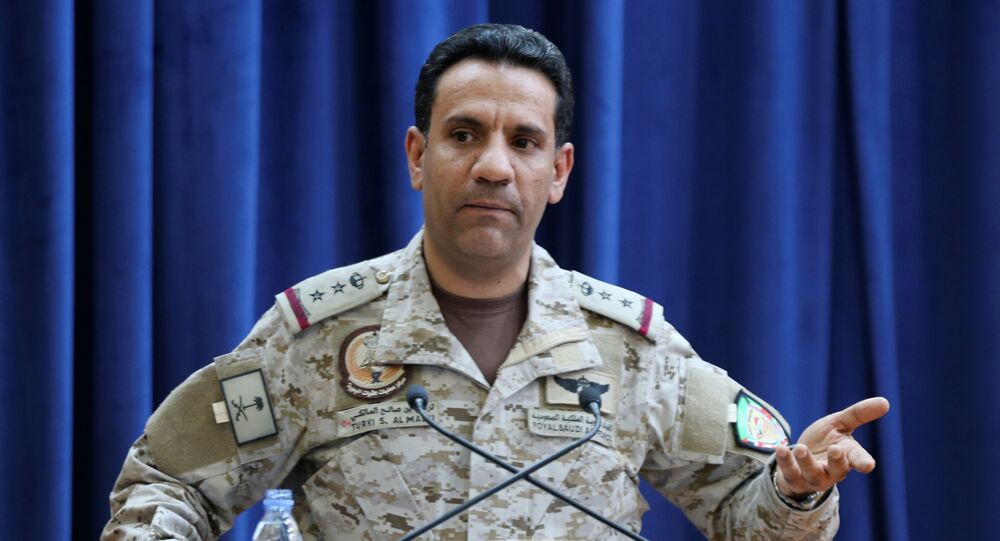 DOHA (Sputnik) – The Saudi-led coalition prevented an attempt by the rebel Houthi movement to detonate a remote-controlled boat bomb in the southern waters of the Red Sea, the coalition's spokesman, Col. Turki al-Maliki, has said.

"A Houthi terrorist attack was thwarted in the south of the Red Sea. [The forces] had detected and destroyed an explosive-laden boat, which was remotely operated by Houthis, near the Salif port," al-Maliki said late on Monday, as cited by the state-run Saudi Press Agency.

For over five years, Yemen has been engulfed in an armed confrontation between the government forces, led by President Abdrabbuh Mansour Hadi, and Houthi rebels.

The situation became more complicated when the coalition intervened in the conflict in 2015 and began carrying out hostilities against the rebels in support of Yemen's legitimate authorities.

In response, the movement repeatedly launches attacks on the territory of Saudi Arabia, as well as on its military objects, including those located in the Red Sea.