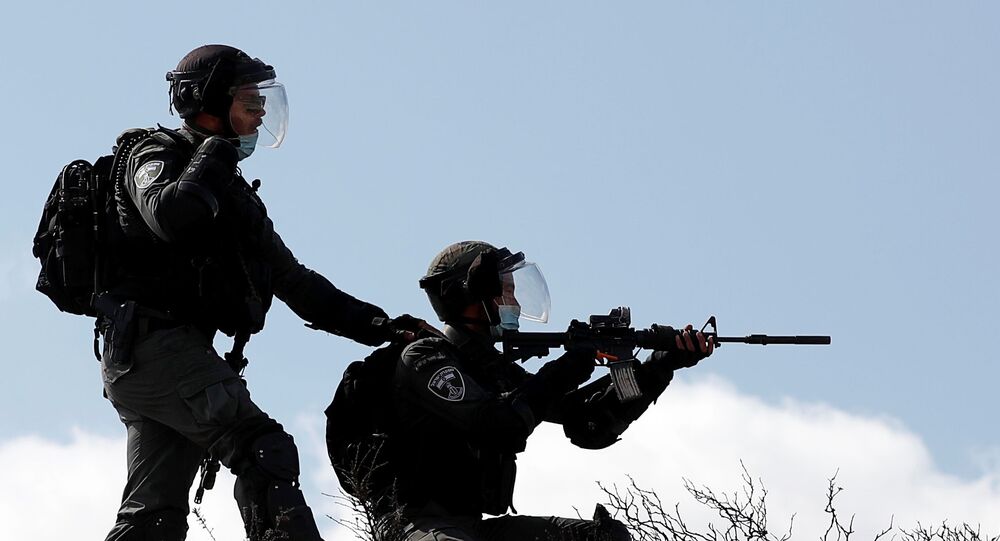 Partners in Crime: Are Abbas, Hamas and Israel United Against Palestinian Elections?

The Palestinian president is bluffing by saying he will be setting dates for legislative, presidential and national council elections, says a member of Fatah, adding that Abbas will never give up on his "absolute powers".

Palestinian President Mahmoud Abbas is expected to set the dates for legislative, presidential and national council elections in the coming days, after representatives of all factions met in Istanbul at the end of September for reconciliation talks.

According to reports, the elections are supposed to take place within the next six months in the West Bank and Gaza but Dimitri Diliani, a member of the Fatah Revolutionary Guard, who is critical of the President, says the vote is unlikely to happen, just as it didn't a year ago, when Abbas vowed to take Palestinians to the polls while addressing the United Nations General Assembly.

The reason for this reluctance, says Diliani, is that Abbas is afraid of losing the power he currently has.

"Right now, Abbas has absolute power that no other world leader has. The judiciary wing is under his thumb, so is the security forces. Why on earth would he want to trade that?"

But Abbas is not the only player who would rather postpone the elections to an indefinite date and Diliani believes other elements in the "game" are not interested in holding a vote either.

Israel is just one of these elements and it is unlikely to let Palestinians hold elections in disputed East Jerusalem, home to more than 300,000 Arabs that make more than half of the area's total population.

The Jewish state has already done it once. In 2006, under US pressure, Israel gave its greenlight for polling stations to be opened in East Jerusalem. But once the results came in, showing a clear victory for Hamas,  the leadership in Jerusalem realised how big of a mistake they had made in letting the Islamic group participate and then win the legislative vote.

A year later, when Hamas seized control over Gaza and ousted rival faction Fatah, that feeling of regret grew even stronger, especially given the number of rocket attacks on Israel rose following the takeover.

This is why, this time around, Prime Minister Benjamin Netanyahu will make sure that history doesn't repeat itself.

"Hamas is yet another element that's not interested in elections, simply because they know they won't win. Quite the opposite is true: they are slated to lose Gaza," predicts Diliani.

Although a 2018 poll showed an increase in Hamas' popularity in the West Bank and Gaza, a similar survey that was conducted a year later revealed a decline in the group’s support.

It is not hard to track the reasons behind that decline. In the past couple of years, the dire economic conditions that have already been suffocating Gaza residents have got worse.

Poverty has become a major problem, with high unemployment, reaching more than 45 percent in the first quarter of 2020, a 3 percent increase in just a few months.

Economic hardships, coupled with a lack of political reforms and a general feeling of inequality and injustice have pushed many Gazans onto the streets, calling for change, a demand that has been handled with an iron fist by Hamas' security forces, leading to a drop in their ratings.

"The President only wants to create an image of a democracy but the truth of the matter is that nobody wants these elections. Abbas, Hamas and Israel are partners in crime, united against the Palestinian people".

However, if elections are to take place, Diliani says the reformist faction that he represents and that is headed by the self-exiled Mohammed Dahlan is set to win "big time".

Diliani is not deterred by the fact that Dahlan, who is currently living in the United Arab Emirates, has not been around for years following a dispute with Abbas and is not perceived as currently part of the Palestinian leadership.

"This is exactly the point. Palestinians don't want anyone from the current system. They want them all out. They want a change".

In 2019, the Palestinian Centre for Policy and Survey Research found that 10 percent of Gazans preferred Dahlan over any other leader. Only one percent of Palestinians in the West Bank held similar views, whereas their absolute favorite was Marwan Barghouti, who is currently serving a life-term in an Israeli jail on terror charges.

"Dahlan and Barghouti have similar goals and that's why it doesn't really matter who takes the lead, as long as they get us out of the mess Abbas and Hamas have gotten us in", added Diliani.