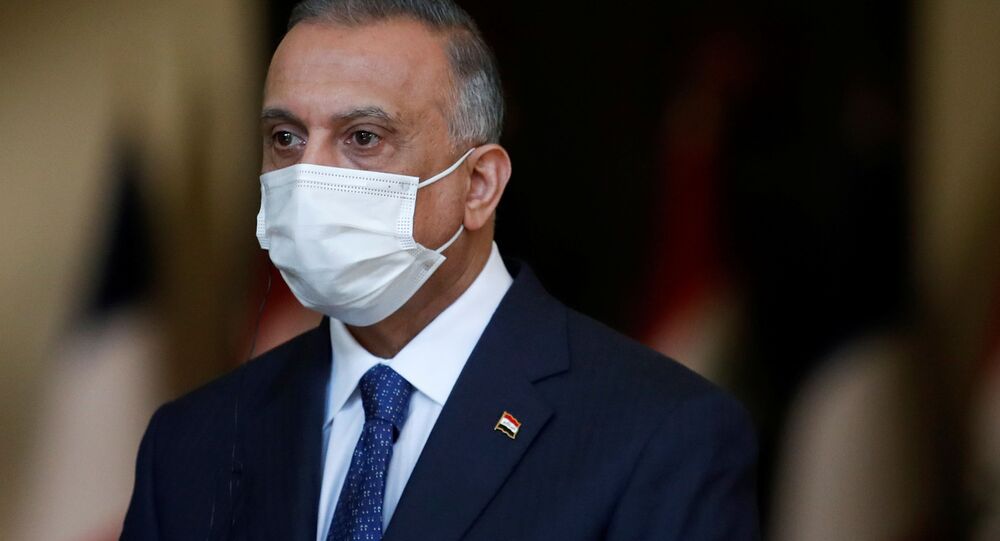 CAIRO (Sputnik) - Iraqi Prime Minister Mustafa Al-Kadhimi officially announced the intention of a number of countries, primarily the United States, to close their embassies in Baghdad in case shelling of diplomatic missions continued.

Earlier, Al-Kadhimi ordered an immediate investigation into a missile attack on Baghdad airport, which claimed the lives of at least five citizens.

"Rocket attacks continue, the last one happened yesterday, which killed five people, including children. These attacks forced a number of organisations and diplomatic missions to think about closing embassies, primarily the United States, and the European Union is discussing this issue", the prime minister said at a cabinet meeting.

"If security is not ensured in the region, they cannot work in Iraq", Al-Kadhimi said. The possible embassy closure terminates military, cultural and economic cooperation between these states, which is especially dangerous considering the challenges Baghdad is facing, the prime minister said.

Rockets are often launched primarily towards the Green Zone in the Iraqi capital, where government institutions and embassies, as well as the Baghdad International Airport, adjacent to a military airfield, are located. Such attacks do not generally result in fatalities or significant damage. However, on Monday, a rocket strike near the airport killed several civilians, including children, the Iraqi Joint Forces Command said in a press release.