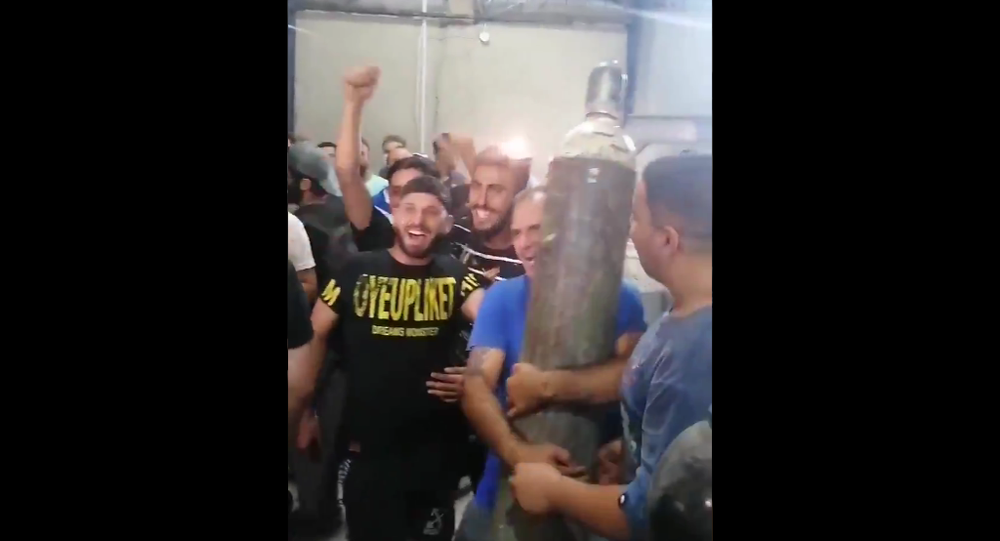 After Israeli Prime Minister Benjamin Netanyahu claimed before the United Nations General Assembly (UNGA) on Tuesday to be revealing the location of a Hezbollah missile factory in Beirut, Lebanon, the militant group invited the media to tour the facility, which turned out to be a gas canister factory.

During a recorded address to the UNGA in New York on Tuesday, Netanyahu accused Hezbollah of hiding a “missile depot” next to a series of gas facilities in the Lebanese capital, risking another explosion like that which devastated the city last month.

An Israel Defense Forces (IDF) spokesperson told Reuters following Netanyahu’s presentation that the IDF had reported the site “numerous times, both to the UN and additional diplomatic networks, as well as via various media channels.”

“The exposure of these sites today was made with the aim of calling the Lebanese government again, with the support of the international community, to intervene in the matter; and to allow Lebanese civilians to protect themselves,” the spokesperson said.

Jerusalem has often accused Hezbollah of plotting against Israel and Iran of using Hezbollah facilities as a forward staging area to also do so. However, Hezbollah leader Hassan Nasrallah called Netanyahu’s bluff on Tuesday.

“This is incitement of the Lebanese people against Hezbollah,” Nasrallah said, according to the Times of Israel.

“If there [were] missiles there placed by Hezbollah - even a single weapon - I would not waste a minute before informing you of this matter,” Nasrallah continued. “We don’t put rockets, not in the Beirut port, not by a gas station. We know very well where to put our weapons.”

In response, the official IDF Twitter account tweeted out the coordinates of the site, plus “two bonus sites to check afterward,” adding, “Let's hope the journalists get there before Nasrallah's moving trucks do.”

Here are the coordinates to put in your Waze. Let's hope the journalists get there before Nasrallah's moving trucks do:

And two bonus sites to check out afterward 😉

​However, reporters quickly flocked to the site, which is located in the Jnah district of southwestern Beirut. A quick look inside revealed the building to be nothing more than a factory for gas canisters.

A #Hezbollah sponsored tour for the media arrived at one of the locations Netanyahu charged was a part of a 'missile factory' in #Beirut. #Lebanon pic.twitter.com/P9Ws2ztZ9R

So this tour has just become a pro-Hezbollah rally. pic.twitter.com/wVWc7MOikh

​Muhammad Rammal, who owns the factory, told “The National” reporter Sunniva Rose that he was “surprised” by Netanyahu’s claim, as the factory has been open for five years, but added that he is proud of Hezbollah.

I just spoke to Muhammad Rammal, the owner of the iron factory that we just visited with #Hezbollah - to prove there are no weapons here.
He says that his factory has been open for the past 5 years, that he was "surprised" by Netanyahu's accusations, but is proud of #Hezbollah. pic.twitter.com/YwpXyfMo75

​On August 4, a huge explosion equivalent to the power of 1,100 tons of TNT devastated the Port of Beirut and much of the city, killing at least 200 people, injuring thousands more and leaving at least 300,000 people homeless.

The source of the blast was found to be severely decaying ammonium nitrate, a fertilizer improperly stored at the port for several years. However, early reports claimed the explosion was a Hezbollah weapons cache, a claim soon dismissed by Lebanese President Michel Aoun, who called it “impossible.”

Over 140 Containers With Explosives Found in Port of Beirut After August Blast, Military Says