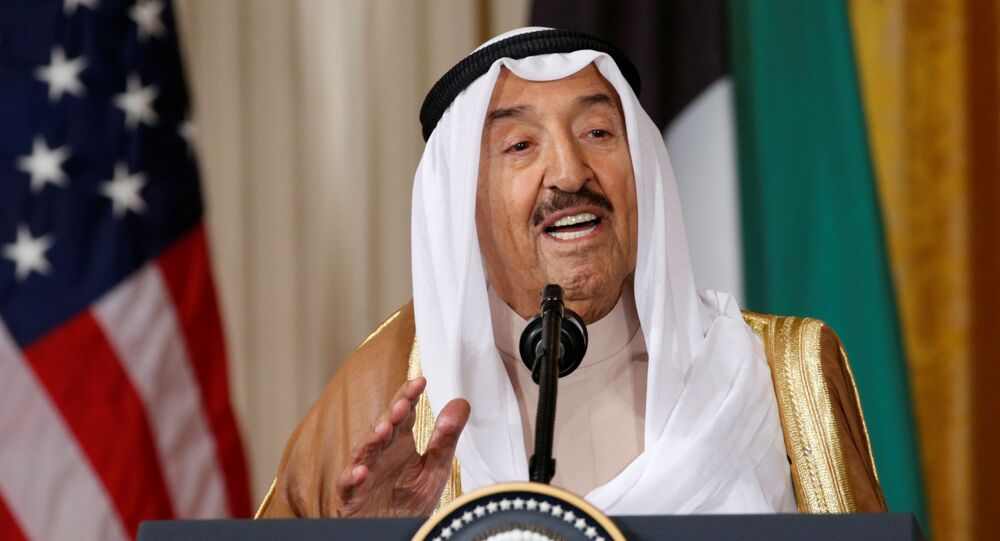 Why is Late Kuwaiti Emir Touted as ‘Dean of Arab Diplomacy’?

On Tuesday, Kuwaiti Emir Sheikh Sabah Al-Ahmad Al-Jaber Al-Sabah died at the age of 91, a few months after he was flown to the US for medical treatment following surgery in his country for an unspecified condition. Here’s a brief look into the emir’s political legacy.

Sheikh Sabah came to power in Kuwait in January 2006, when Emir Sheikh Saad al-Abdullah resigned just nine days into his rule as the country’s parliament decided to depose him on health grounds.

The developments followed Sheikh Sabakh serving as prime minister under the previous emir, Sheikh Jaber, since 2003, when he tried to maintain Kuwait's pro-Western position and pursue a policy of cautious reforms.

For example, his government appointed Kuwait's first woman minister and announced laws that were touted as something that lured foreign investors to inject funds in the Gulf Arab state.

When becoming the Kuwaiti emir, Sheikh Sabah was authorised to make the final decisions on the country’s political affairs, including those related to overriding or dissolving parliament and calling elections.

He faced an array of domestic affairs-related challenges, including internal political disputes, the aftermath of the 2011 Arab Spring protests, and nosediving oil prices in recent years.

Separately, Sheikh Sabah is considered the architect of modern Kuwait’s foreign policy, given the fact that he served as the Gulf state’s foreign minister for nearly 40 years, between 1963 and 2003.

The emir was called the "dean of Arab diplomacy" for his efforts to restore relations with those states that supported Baghdad during the 1990-1991 Gulf War, which saw Iraqi forces invade Kuwait. Additionally, the emir called for a permanent American presence in the region following the Gulf War.

He also often acted as a mediator in a number of regional disputes, including those pertaining to Pakistan and Bangladesh, Turkey and Bulgaria, as well as the Palestinian Authority and Jordan, and factions in the civil war in Lebanon.

Under Sheikh Sabah, Kuwait refrained from interfering in Syria's civil war and hosted a spate of donor conferences for humanitarian aid instead.

In August 2017, UN Secretary-General Antonio Guterres praised Kuwait’s role in international humanitarian actions, adding, "[…] it's not only the humanitarian leadership of Kuwait, it's the wisdom, the dialogue, the promotion of understanding that Kuwait has shown in relation to all conflicts in the region".

Meanwhile, the late emir has been succeeded by his 83-year-old half-brother and crown prince, Sheikh Nawaf al-Ahmad al-Sabah, which is why there’s already much guesswork as to whether Kuwait’s domestic and foreign policy will change in the immediate future or will remain intact.