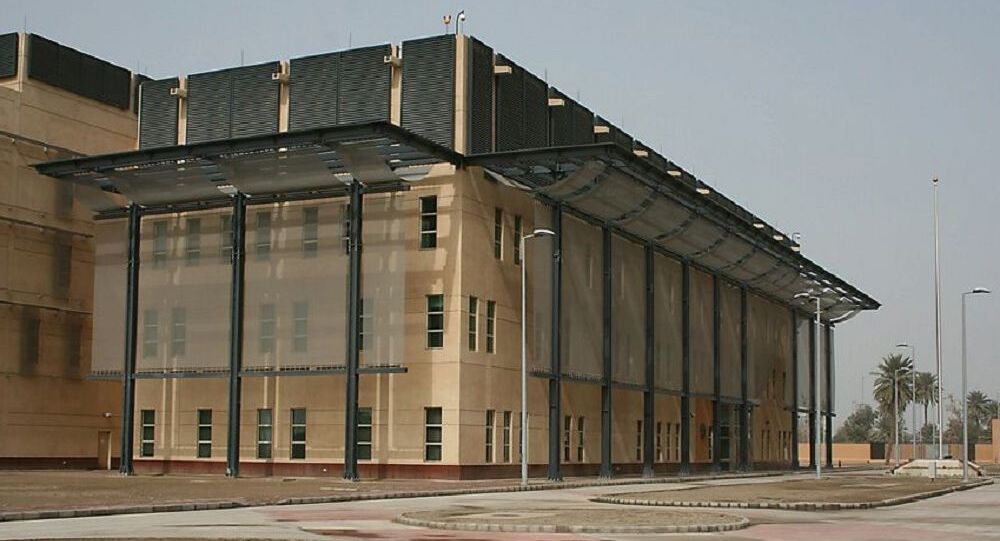 BAGHDAD (Sputnik) – Speculations about the closure of the US embassy in the Iraqi capital over an alleged threat are a way of exerting pressure on the Iraqi government and are related to the ongoing presidential campaign in the United States, Mohammad Reza, the head of Security and Defence Committee of the Iraqi parliament, said on Monday.

"During the yesterday press conference, US president [Donald Trump] did not address this issue. I do not expect that the US embassy will be closed. It is used as a kind of pressure on the Iraqi government and [is related to] strain over the [presidential] election that the US cares about at the present time. No more, no less," Reza said.

Meanwhile, Al Arabiya reported, citing US sources in Iraq, that US diplomats were afraid of a possible attack on the mission and that hostages could be taken.

The committee’s head added that he did not see any reasons for the closure of the US embassy in Baghdad, and there was no such threat that media outlets described.

"In line with my personal data, such a plan does not exist, but if there is confidential information maintained by the US embassy or Iraq’s intelligence, it is another matter. However, according to my expectations and the security situation in Baghdad, there is no such a scheme to storm the mission," Reza noted.

On Sunday, the Wall Street Journal reported, citing the US and Iraqi officials, that Washington was planning to close the embassy for a period of up to three months due to its vulnerable whereabouts — the so-called green zone — that is often targeted by rocket attacks.

According to the newspaper, US Secretary of State Mike Pompeo delivered the warning about the possible shutdown in his calls to Iraqi President Barham Salih and Iraqi Prime Minister Mustafa Al-Kadhimi. However, the US is due to retain its consulate in Erbil, the capital of Iraq’s northern Kurdistan Region.

© REUTERS / MIKE SEGAR
Biden Mistakes Iran for Iraq During His Florida Speech
The Green Zone comes under occasional rocket attacks since it hosts a lot of government buildings and foreign embassies. Moreover, it is located close to the Baghdad International Airport, adjacent to a military airfield. Usually, such incidents do not result in casualties among civilians and do not cause significant damage.

In mid-June, the joint command of the Iraqi armed forces said that Al-Kadhimi had ordered the creation of special committees to curb these attacks.