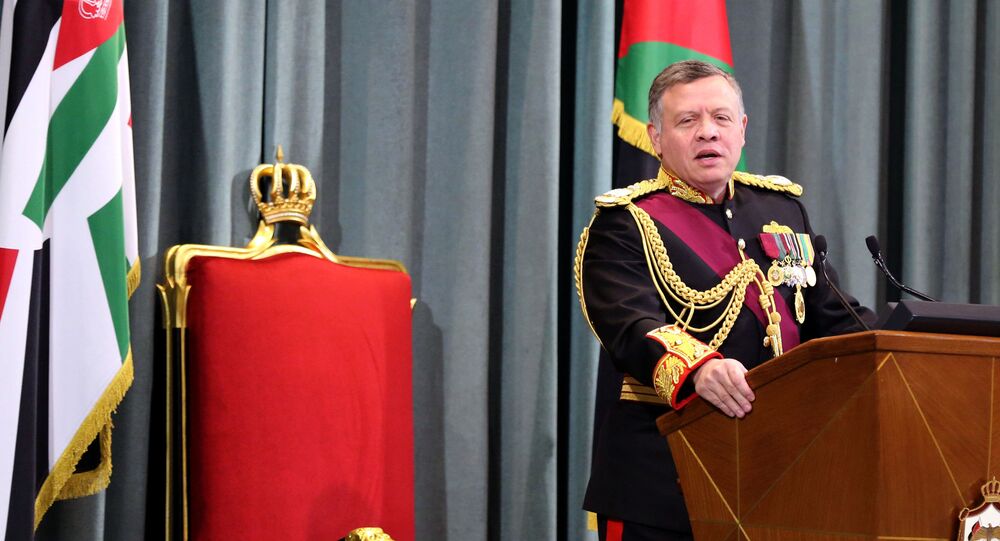 Jordan is a Middle Eastern constitutional monarchy located between Saudi Arabia and Israel. In November, it is expected to hold parliamentary elections.

Jordan's King Abdullah II dissolved parliament on Sunday in preparation for elections which are going to be held on 10 November, Reuters reported, citing unidentified officials.

According to constitutional laws, the parliament's dissolution signals that Jordan's government now has to resign within a week. Jordan's Prime Minister Omar Razzaz, who was chosen to form the new cabinet in June 2018, has not commented on the news yet.

Jordan is a unitary parliamentary constitutional monarchy which is headed by King Abdullah II.

The country, which is landlocked between Saudi Arabia, Syria, Iraq and Israel, has been hard hit by the economic fallout from the COVID-19 health crisis. It has also recently tightened restrictions on social gatherings and the operating capacity of public bodies.