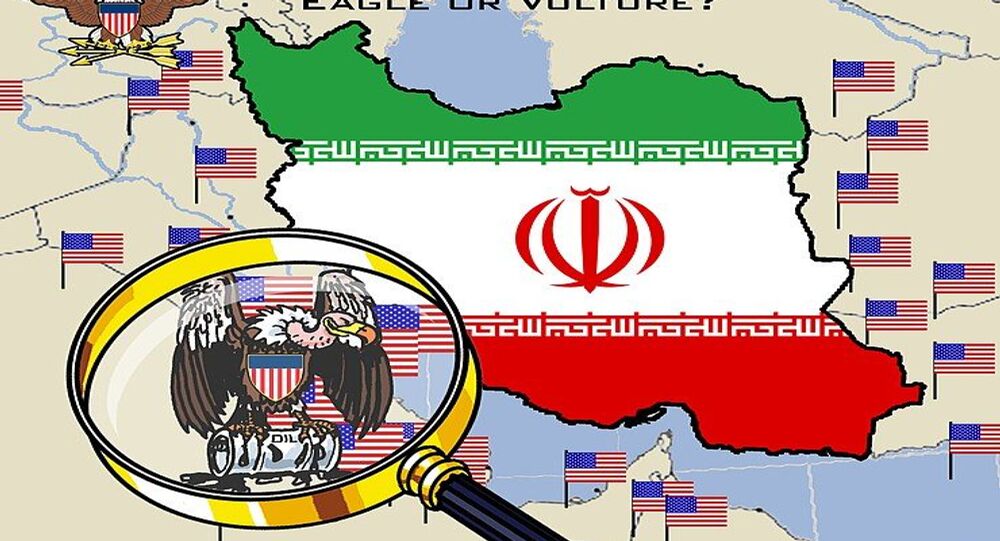 Washington beefed up its military presence near Iran earlier this month, deploying a carrier strike group to the Persian Gulf in a move one senior Iranian commander has called “theatrics.” At the same time, the US has been gradually paring down its permanent troop presence in Iraq amid constant attacks on its interests.

US forces in the Middle East undermine stability and security, and all nations in the region where American troops are based should make a concerted effort to expel them, Iranian President Hassan Rouhani has said.

“We have always made our position clear: We regard the presence of the US armed forces in the region, whether in Iraq, Afghanistan or the countries of the southern Persian Gulf area as detrimental to regional security and stability,” Rouhani said, speaking to Iraqi Foreign Minister Fuad Hussein in Tehran on Saturday.

“It is up to every country where Americans are present to push for their expulsion from the region,” Rouhani added, praising the Iraqi Parliament’s “positive step” in demanding the complete withdrawal of US troops from the country in January.

Iraq’s Parliament overwhelmingly supported a Bill calling for the expulsion of US troops from the country after the assassination of a senior Iranian commander and a senior Baghdad-allied militia leader in the Iraqi capital in a US drone strike in January.

Emphasising Iran’s support for Iraq’s sovereignty and unity, Rouhani said that Tehran has already provided substantial support to Baghdad in the fight against the Daesh (ISIS)* terrorists, which he called “the best example” of cooperation between the two countries.

“We have always stood by the Iraqi people and the country’s legitimate government,” he said.

The Islamic Republic provided extensive logistical, advisory and arms support to a 40 militia-strong Iraqi state-sponsored military unit collectively known as the Popular Mobilisation Force (PMF) during the 2014-2017 military operation against Daesh. Quds Force Commander Qasem Soleimani, the Iranian general assassinated in the US drone strike in January, was among the commanders assisting in training and advising the PMF.

Elsewhere in his remarks, Rouhani suggested that Iran and Iraq should continue to strengthen their cooperation politically, economically and culturally.

Hussein arrived in Tehran on Saturday for a two-day visit aimed at further improving relations and cooperation, including in border support, trade ties, transportation, and the implementation of previously signed agreements.

Washington began withdrawing its estimated 5,200 troops stationed in Iraq in March, transferring control of bases to Iraqi forces amid constant rocket attacks on the fortified positions where coalition forces operate. On March 19, the Pentagon transferred the al-Qa'im base in western Iraq to Baghdad. US forces left the Qayyarah Airfield West and K-1 air bases in northern Iraq in the same month. In April, the coalition handed the Al-Taqaddum Air Base over to Iraqi forces. In August, US forces withdrew from Camp Taji outside Baghdad, and announced a cut in troop numbers from 5,200 to 3,500. Earlier this month, the military confirmed plans to pare down its presence to 3,000 personnel, with some 2,200 troops expected to leave before the end of September.

The Pentagon has claimed throughout that the accelerated withdrawal had nothing to do with the attacks on its interests. In May, however, a Military Times story citing an inspector-general report, found that the threat of attack by "Iranian proxies" was a factor in speeding up the withdrawal from Iraq.

On Sunday, citing unnamed officials, AFP reported that US Secretary of State Mike Pompeo telephoned Iraqi President Barham Salih last week and threatened to close the US embassy in Baghdad amid the constant attacks on US forces in the country.

“The Americans aren’t just angry. They’re really, really, really angry,” an Iraqi official told the news agency. “The honeymoon is over,” another source is reported to have said.