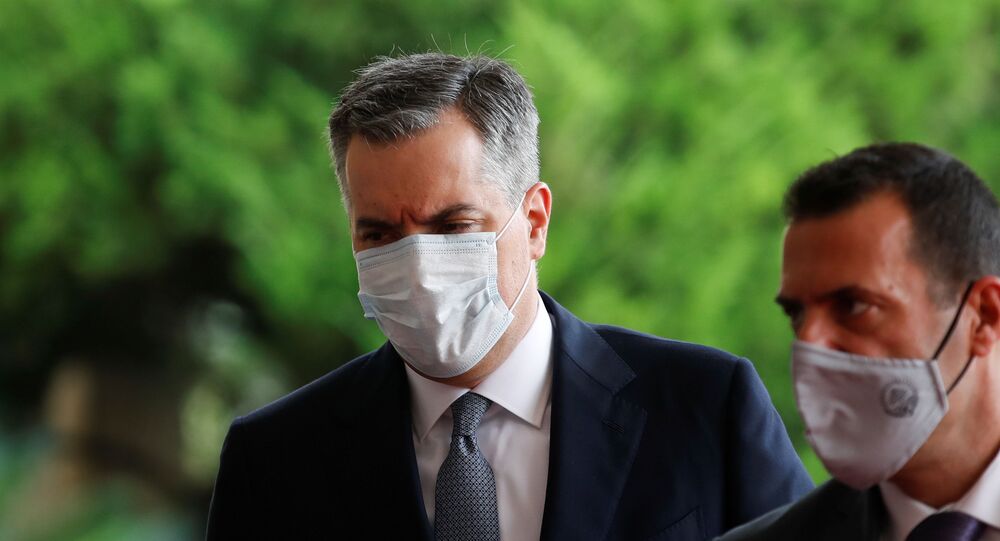 Lebanon has been in a state of political turmoil since the explosion in the country's main port on 4 August. Just a few days after the blast, protests broke out which have led to the resignation of the country's Prime Minister Hassan Diab.

Lebanon's Prime Minister designate, Mustapha Adib, says he is stepping down from "the task of forming the government", Reuters reported.

"The reason for my resignation was that the political factions did not meet my conditions. They failed to refuse to politicise the process of forming a government," the official said in a statement that was televised by regional broadcasters.

The resignation announcement reportedly followed Adib's meeting with Lebanese President Michel Aoun. After a month of shuffles, the PM designate has failed to agree on key positions in the new government to take country out of political crisis, including the one of the finance minister.

On Monday, President Michel Aoun said that Adib was failing to take into account the views of parliamentary factions in Lebanon while trying to form a cabinet.

Abid, Lebanon's former ambassador to Germany, was designated as the new prime minister in the end of August, just shortly before the arrival of French President Emmanuel Macron to Beirut after a deadly explosion in the country's main port.

Before his second visit to the country after the blast, Macron set a deadline of 1 September to enable "political change" in Lebanon. The French president has assumed the role of "broker" in the country's political crisis, after Prime Minister Hassan Diab and his whole government resigned in August, in the wake of the explosion and the political pressures that resulted from it.

Macron was putting pressure on political leaders in Lebanon to form a new government - made up of independent specialists - as soon as possible. During his September trip to the country he insisted the country will be denied international aid if it fails to implement political reforms by December.

However, according to Associated Press, Adib failed to reach a political consensus over key positions in the Finance Ministry and the Cabinet in general with the country's two main Shiite groups, Hezbollah and Amal.

Beirut Blast and Its Aftermath

Lebanon has already been hit hard by economic crisis, financial insolvency and currency depreciation, as the country defaulted on its foreign debt payments this March.

This slump was exacerbated by political upheavals when a powerful explosion shook the Port of Beirut on 4 August, killing at least 190 people and injuring around 5,000 more.

The blast was caused by the unsafe storage in the port's warehouse of 2,750 tonnes of confiscated ammonium nitrate - a substance that is mainly used in agriculture but can turn highly volatile.

The catastrophe triggered mass protests across the country, with people calling for the government's resignation, blaming it for failing to prevent the blast.

Just a month after the explosion, a fire erupted at the Port of Beirut's warehouse storing tyres and oil. No victims have been reported from that incident.