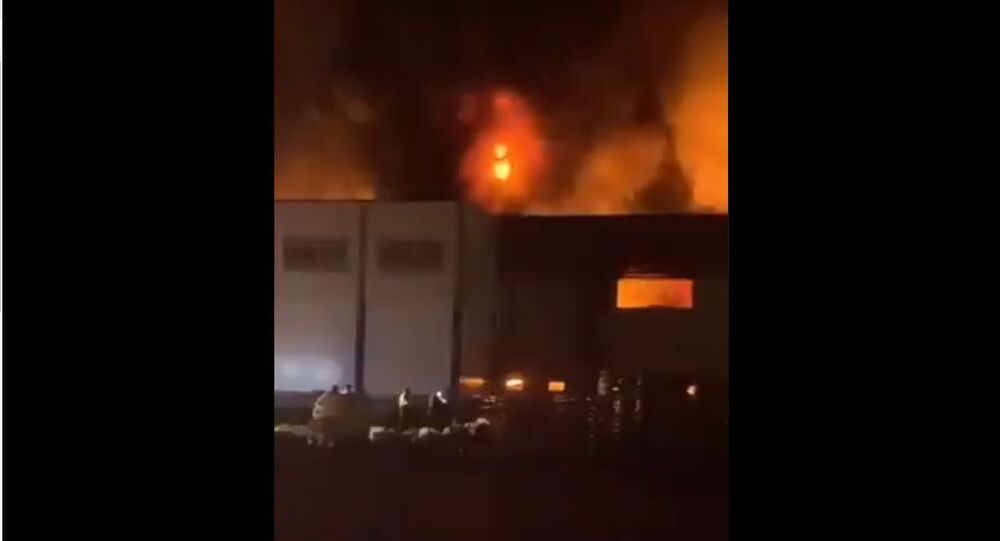 Iranian authorities said that the fire has not resulted in injuries or casualties, adding that an investigation has been launched into the incident.

On Tuesday evening, a massive fire broke out at a dairy factory in the Iranian city of Eslamshahr, located in the southwest of Tehran province, Press TV reported.

"There are no casualties ... firefighters have been dispatched to the factory in the Islamshahr county. Efforts to control and extinguish the widespread fire continue," a fire department official told state TV, adding that the probe was launched into the cause of the fire.

A video showing the blaze engulfing the two-storey facility as well as firefighter crews at the scene has been uploaded by the news organisation on Twitter.

Another clip uploaded on Twitter by a user shows clouds of thick black smoke rising above the facility engulfed in the flames.

A series of incidents has occurred at various factories across Iran in recent months, the most notable of which was a fire at the Natanz nuclear plant in July. The blaze caused damage to the facility, although it did not disrupt its operation.