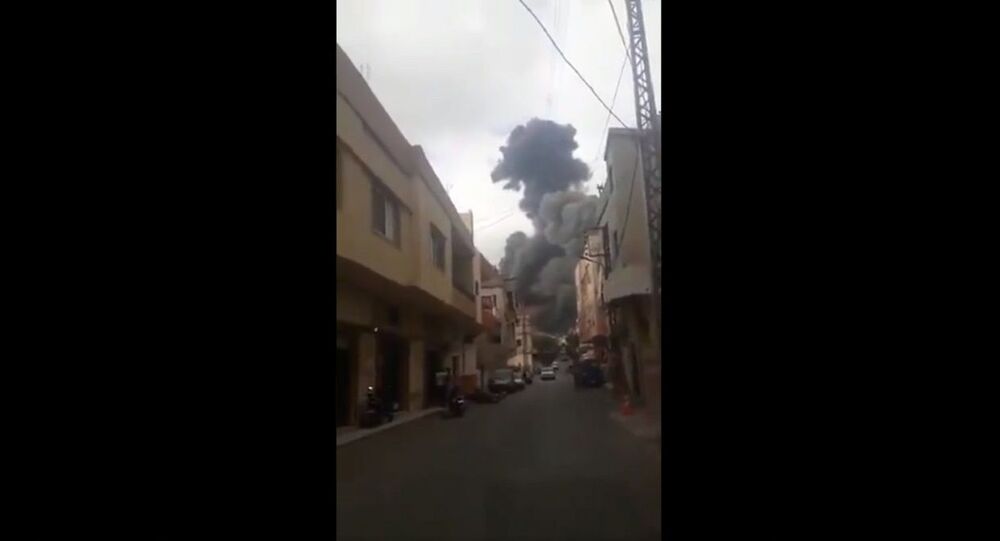 According to local media reports, the blast has caused a local gas station to catch fire. The preliminary reports did not indicate the exact number of casualties.

Hezbollah's arms depot in the village of Ain Qana in southern Lebanon has been rocked by a huge explosion, Reuters reported, citing security sources. The sources added that the blast was caused by a technical error.

According to the report, several people were wounded in the incident. The exact number, however, was not revealed.

Several videos from the area emerged on Twitter, in which plumes of black smoke are seen rising into the sky.

The local broadcaster al-Jadeed reported that the Hezbollah group has cordoned off the area of the explosion.

Lebanon suffered a massive explosion in August that devastated its capital Beirut. The blast was caused by the detonation of several hundred tonnes of ammonium nitrate, an explosive fertiliser, which had been stored at the port for several years.