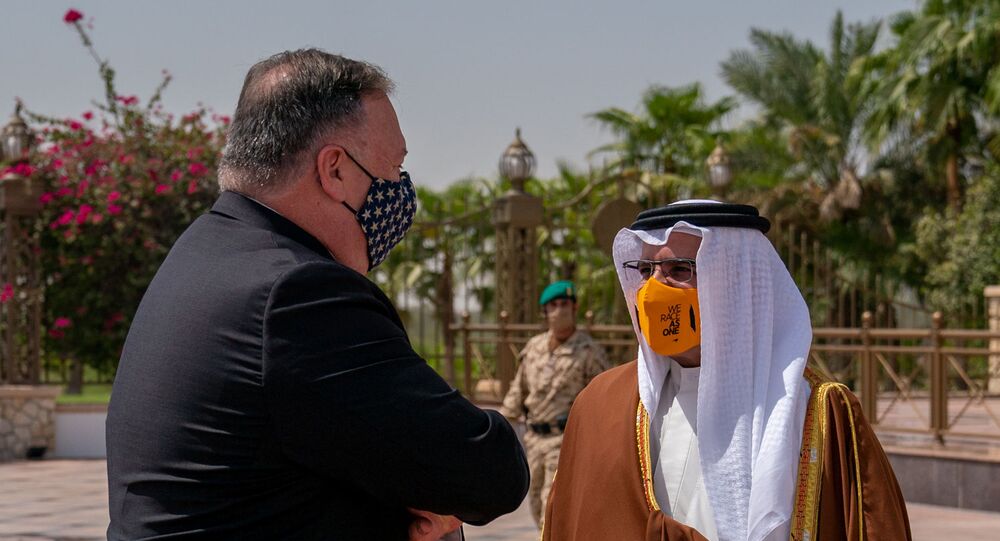 Bahrain joined the United Arab Emirates in signing a peace deal with Israel brokered by the US, becoming one of the first two Gulf countries to establish formal ties with the Jewish state. Before the US-mediated agreement, Israel enjoyed diplomatic relations only with Jordan and Egypt among Middle Eastern countries.

The United States embassy in Bahrain's capital of Manama issued a security alert on Monday, reminding US citizens in the kingdom "of the need for caution and awareness of personal security".

"The Embassy encourages all US citizens to review their personal security plans, remain aware of their surroundings, including local events, and maintain a high-level of vigilance", the embassy said.

In guidelines for Americans in Bahrain, the embassy recommended that they "keep a low profile, stay alert in locations frequented by tourists/Westerners" and "avoid crowds and demonstrations".

The security alert comes several days after Bahrain saw protests over the kingdom's decision to join the United Arab Emirates in the peace deal with Israel, which was mediated by the US. Demonstrations against the government's normalization of ties with Tel Aviv have been ongoing in Manama and other cities in Bahrain for over a week.

The deal, dubbed the Abraham Accords, envisaged the UAE and Bahrain establishing diplomatic ties and improving relations in other areas with Israel in exchange for Tel Aviv promising to backtrack on its intention to extend the sovereignty over parts of the West Bank.

The three countries agreed to cooperate in trade, innovation, tourism and culture, energy, environment, science and other branches.

The accords were signed in the White House on Tuesday between the US President Donald Trump, Israeli Prime Minister Benjamin Netanyahu, and the foreign ministers of the UAE and Bahrain - Abdullah bin Zayed Al Nahyan and Khalid bin Ahmed Al Khalifa.

The move by the two Gulf countries to normalize ties with Israel has seen mixed reaction, with some international players, including Egypt and the EU, meeting the deal as a step toward stability in the Middle East, and others, like the Palestinians, Iran and Turkey, slamming it as a betrayal of the Palestinian cause.

Bahrain and the UAE joined Jordan and Egypt in the list of Middle Eastern countries that have established formal relations with Israel. Jordan signed a peace deal with the Jewish state in 1994, and Egypt established full diplomatic ties with the country in 1980.