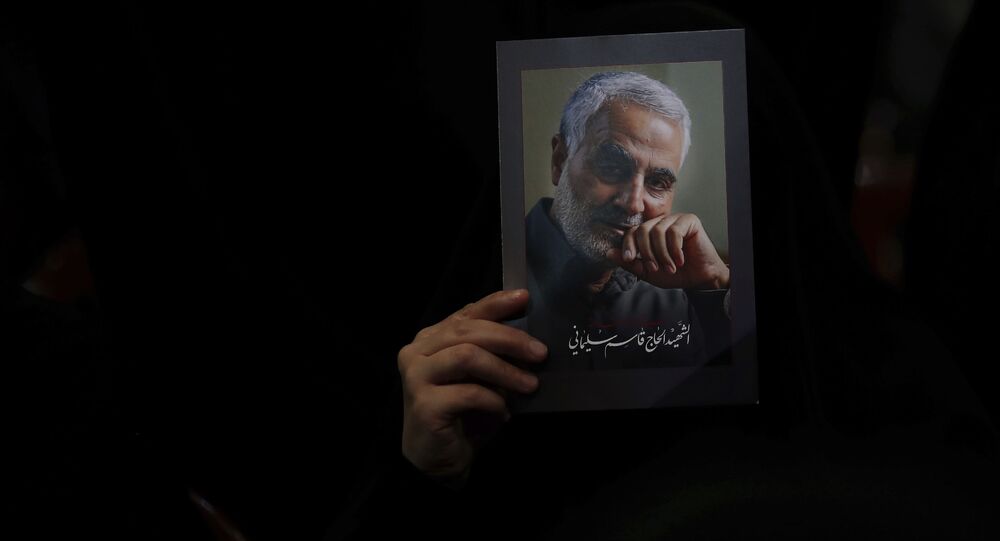 WASHINGTON (Sputnik) - Iranian Foreign Minister Mohammad Javad Zarif at a virtual think tank event on Monday said Tehran has not closed the book on the possibility of retaliating for the US assassination of top Iranian military commander Qasem Soleimani.

"I am not in the business of making threats, but the book is not closed", Zarif said during a Council on Foreign Relations virtual event when asked about Iran retaliating over Soleimani’s assassination.

Zarif added that the Iranian general was a hero to many in the region because of his role in combating terrorists, most notably Daesh*, and many still want answers for his death.

© AP Photo / Hassan Ammar
Iran’s Revolutionary Guard Chief Vows to 'Hit' Those Responsible For Soleimani’s Death
Over the weekend, the head of Iran’s Revolutionary Guard Corps (IRGC), Maj. Gen. Hossein Salami said that Tehran is committed to enacting revenge against those responsible for the death of Soleimani. Hossein’s comments were prompted by a Politico report that claimed Tehran has been plotting an assassination attempt on the US ambassador in South Africa as part of plans to avenge the general’s killing.

On 3 January, Soleimani, one of the most prominent military figures in Iran, and several other members of the Iranian Revolutionary Guard Corps were killed in a US drone strike on the outskirts of Baghdad. The killing prompted Tehran to launch missile strikes on US bases in Iraq.

After the assassination, the Iraqi parliament voted to expel all the foreign forces from the country and suspend NATO operations.