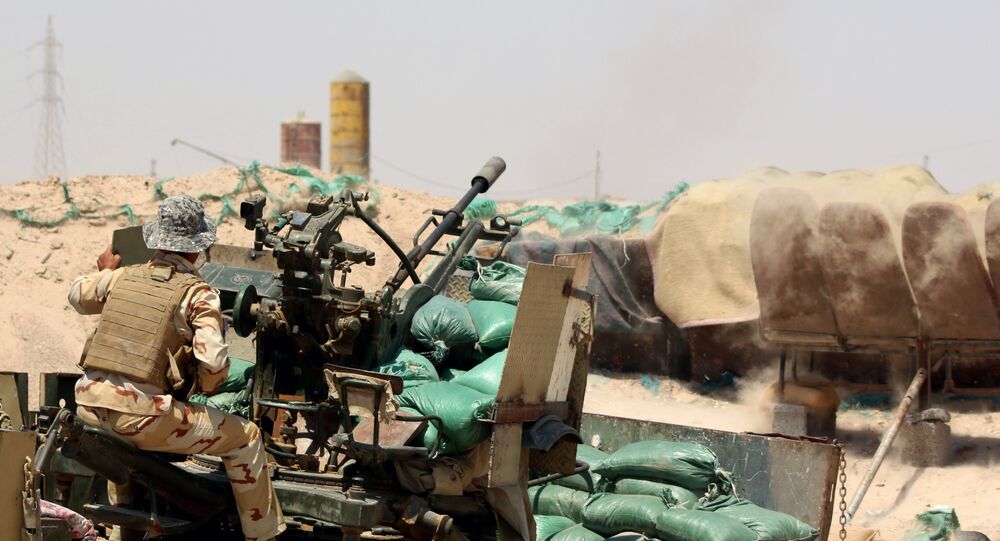 CAIRO (Sputnik) – An Iraqi serviceman has been injured by an explosion that hit a convoy of the international coalition in the northern part of the country, the national security services said.

“As a result of the explosion one serviceman sustained slight injuries”, the security services said in a statement on late Friday, as quoted by the INA news agency.

According to the statement, the convoy was transporting equipment of the international coalition, when it was hit by the explosion near the town of Ishaqi in the province of Saladin.

The number of attacks on the coalition’s convoys in Iraq has significantly increased since July.

On 5 January, Iraq’s parliament has voiced its support to a recommendation put forward by then-Prime Minister Adil Abdul Mahdi to order the withdrawal of the US-led coalition troops from the country and ending cooperation with the international coalition to combat terrorist groups.

US President Donald Trump said that the number of US troops in Iraq would be reduced to 2,000, but announced no timeframes.