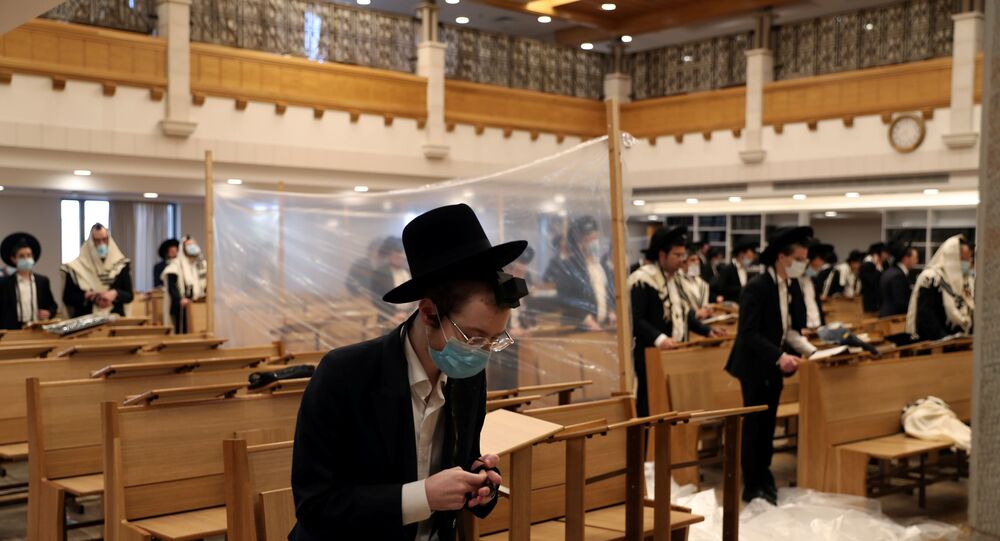 TEL AVIV(Sputnik) – The Israeli government allowed on Friday the country’s citizens to leave their homes up to one kilometre (0.62 miles) away, instead of the announced 500 meters, during the reimposed coronavirus-related lockdown.

"The Cabinet, in a conference call, approved the possibility for people to be up to 1 kilometre away from their residence, instead of 500 meters," the government said in a statement published on the official website.

The movement for over one kilometre is only permitted in a limited number of cases, including to reach a workplace, travelling for foodstuff, drugs and basic necessities, and helping people in a difficult condition. People are also allowed to go for such a distance to attend funerals, court sessions and protest actions.

Starting from Friday, Israel is entering the second three-week total lockdown with the possibility of extension in an attempt to tackle the spread of COVID-19, as the count of the infection cases in the country continues to significantly soar.

The country’s authorities have previously said that Israelis were obliged to stay within 500 meters of their homes, except for commuting. The first full quarantine regime was introduced in the early spring of 2020 and ended in late May.

All education facilities, gyms, swimming pools, cafes and restaurants will be closed during the lockdown. Meanwhile, supermarkets and pharmacies are the only businesses that are to remain open to the public.

© AP Photo / Alastair Grant
The Great COVID Divide: It’s Easy To Be a Pro-Lockdown Hardliner If Your Job and Salary Won't Be Adversely Affected
Last week, Israel recorded the highest number of coronavirus infections per capita in the world after averaging 199.3 new cases a day per 1 million residents. As of now, the country's health officials have confirmed almost 177,000 cases of COVID-19 and 1,169 fatalities.

The lockdown coincides with a period of Israel’s national holidays, including the Jewish New Year, which is celebrated this year from September 18-20. President Reuven Rivlin, in turn, apologized to citizens for re-introducing the total quarantine regime and called on them to comply with all the restrictions.