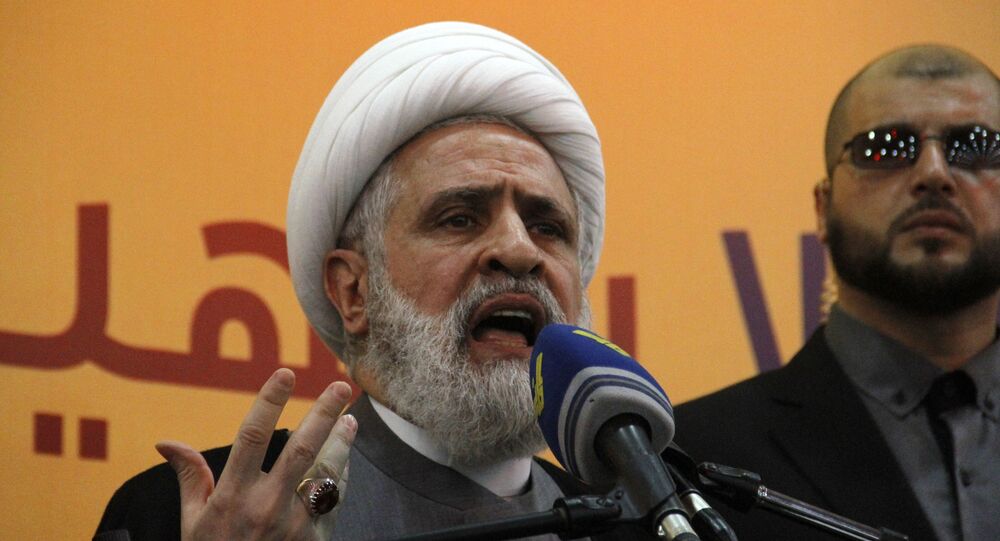 The announcement followed the Abraham Accords signed by UAE and Bahrain with Israel at the White House, which were negatively met both by the Palestinian authorities and Iran.

The deputy head of the Lebanon-based Shia militant group, Sheikh Naim Qassem, has spoken on the Palestinian cause, calling for military efforts along with "other forms of resistance" against Israel.

"We should make efforts for the liberation of Palestine and Jerusalem al-Quds, and this will not be possible except through military resistance along with other forms of resistance, namely cultural, political, social resistance and etc, but the main focus of our work must be armed resistance", Sheikh Qassem said as quoted by Press TV.

Speaking about the US-brokered Abraham Accords signed by the UAE and Bahrain to establish ties with Israel, Sheikh Qassem called it "a betrayal of Palestine and Jerusalem al-Quds". He said that normalising ties only benefits Israel and that Tel-Aviv is using "a Trump card" in order to deprive Palestinians of their rights.

He added that the "normalisation change" is an opportunity to separate Palestinian supporters from "the servants of Israel".

"The axis of resistance is the only axis that works in line with the interests of Palestine and will build the future. That is why the UAE and anyone who normalises with Israel will get nothing but shame", he pointed out.

Earlier, Hossein Amir Abdollahian, the special aide to the speaker of the Iranian parliament on international affairs, also criticised Bahrain for reconciling with Israel, calling it a "great betrayal to the Islamic cause and Palestinians".

UAE & Bahraini FMs played in Trump's circus. Zionism, once occupied parts of Arab World, is now occupying PG states w/new approach. Accord w/Great Egypt was futile for Tel Aviv; UAE & Bahrain are the Egyptian islands in terms of size. INSECURITY IS THE ONLY 'SOUVENIR' FOR ISRAEL. pic.twitter.com/Spgyq0E6jk

Palestinian authorities have called on Arab nations to reconsider establishing ties with Tel Aviv. So far, Israel refuses to recognise the Palestinian National Authority as an independent political and diplomatic entity.