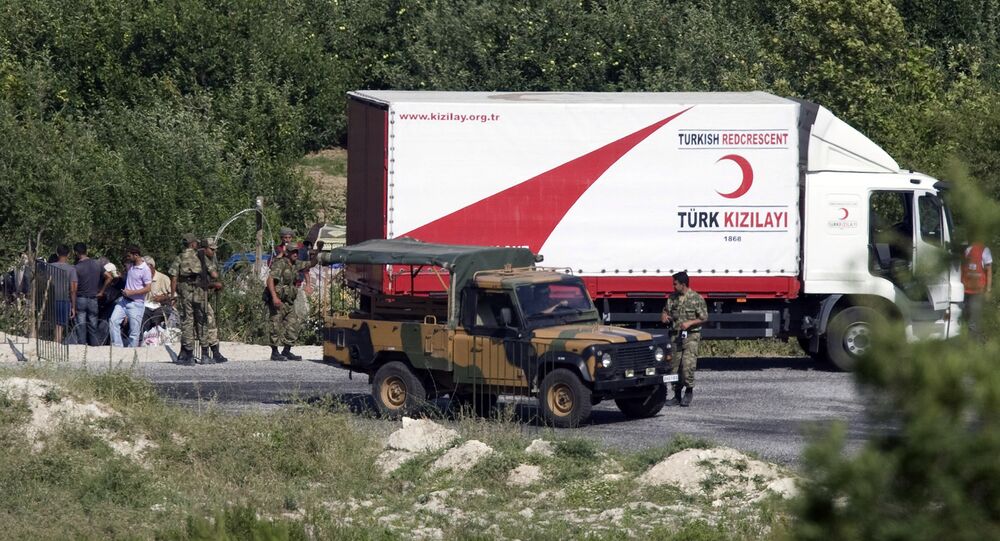 MOSCOW (Sputnik) - One employee of the Turkish Red Crescent was killed and another one was injured as a result of an armed attack on the charity's vehicle in northern Syria, media reported on Monday.

According to the NTV broadcaster, the attack was carried out by unknown people wearing camouflage and masks and took place in the area of the city of Al Bab in the Aleppo province.

Syria has been engulfed in ongoing civil war for almost a decade now, with numerous opposition groups as well as militant and terrorist organisations fighting the Syrian Arab Army and other forces loyal to the government of President Bashar Assad.

© CC BY 2.0 / DYKT Mohigan / Israel-Syria border
Israeli Army Refuses to Comment on Reports About Missile Attack on Syria’s Aleppo
By 2017, terrorist forces were significantly subdued and the government and opposition concluded a ceasefire, with Russia, Iran and Turkey acting as its guarantors. The Syrian army has since been conducting operations to detect and defuse explosive devices across the country.