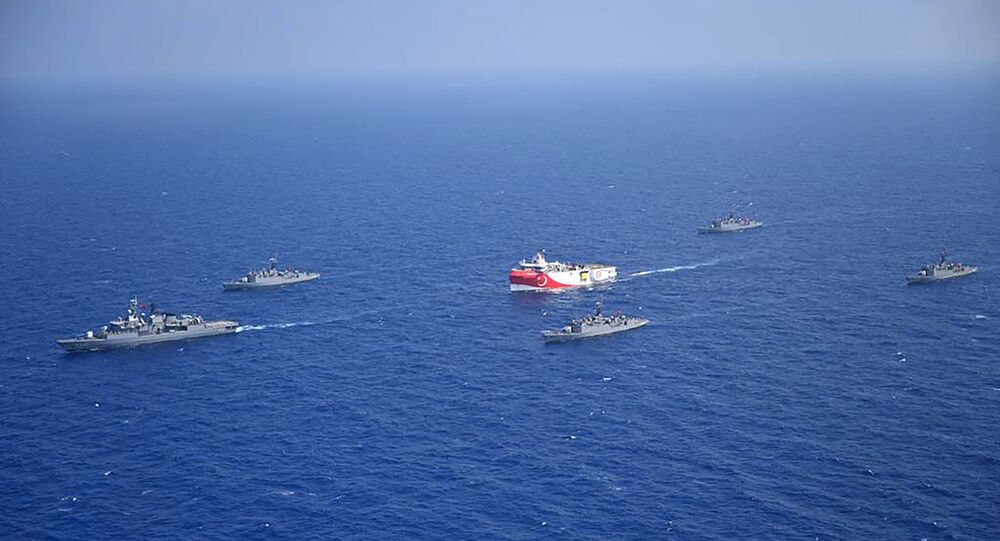 Turkey’s Defence Minister Hulusi Akar has told the Anadolu news agency that the return of a Turkish survey vessel to the country's southern shores does not indicate Ankara “giving up our rights” in the Eastern Mediterranean.

He added that the Oruc Reis ship’s return was part of its scheduled operations and that “there will be planned movements backwards and forwards”.

Akar spoke as Greek Prime Minister Kyriakos Mitsotakis, in turn, hailed the return of the Turkish vessel as “a positive first step” to defuse the Ankara-Athens tensions over offshore natural resources.

“I hope there will be continuity. We want to talk with Turkey but in a climate without provocations”, Mitsotakis told reporters in Thessaloniki on Sunday, adding that conducting dialogue between Athens and Ankara is the only way to tackle the delimitation of the two’s maritime zones.

"The first step [by Turkey] will be the prologue of an improving situation in our bilateral relations”, the prime minister pointed out.

The developments were preceded by Greek Foreign Minister Nikos Dendias making it plain in early September that Athens would be ready to launch reconciliation talks with Ankara only after the Turkish vessel leaves what Greece calls its “continental shelf”.

This came against the backdrop of Greek-Turkish tensions that escalated earlier in August, when Greece’s Foreign Ministry urged Turkey to immediately stop its "illegal" drilling activities in the Eastern Mediterranean, warning that Athens will defend itself if necessary.

Earlier, the Oruc Reis started carrying out seismic survey activities in a disputed zone of the Mediterranean Sea south of Antalya and west of Cyprus.

Shelf of Discord: Greece and Turkey Should Appeal to International Court, Analyst Says