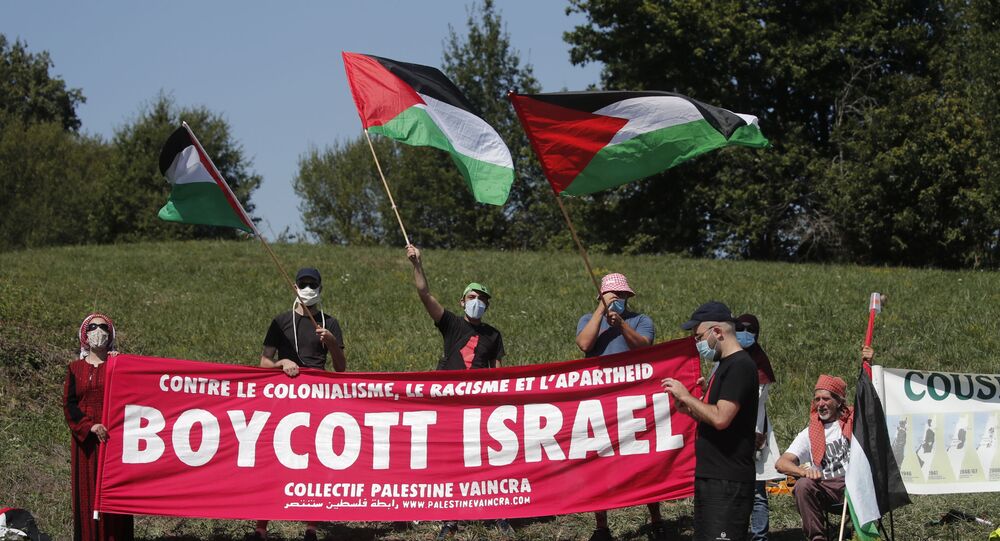 GAZA (Sputnik) - The Palestinian Authority rejected on Friday the US-brokered agreement between Bahrain and Israel on the establishment of diplomatic relations, calling it a "betrayal" of the Palestinian cause.

Earlier in the day, King Hamad bin Isa Al Khalifa of Bahrain officially agreed to recognize the State of Israel in a trilateral phone conversation with US President Donald Trump and Israeli Prime Minister Benjamin Netanyahu. This came a month after a similar landmark agreement was brokered by the US between Israel and the United Arab Emirates.

"The Palestinian leadership strongly rejects and condemns the American-Bahraini-Israeli tripartite declaration on the normalization of relations between the occupying state of Israel and the Kingdom of Bahrain, and considers it a betrayal of Jerusalem, Al-Aqsa [mosque in Jerusalem] and the Palestinian cause," the statement read, as quoted by the Palestinian Authority's news service WAFA.

Both of Palestine's political factions, the Gaza Strip-controlling Hamas and the West Bank-controlling Fatah, have condemned the Bahraini-Israeli agreement in their comments to Sputnik.

The word "betrayal" was also featured in a comment of Hossein Amir Abdollahian, the special aide on international affairs at the Iranian parliament.

"Bahraini regime's compromise w/ #Israel is a great betrayal to the Islamic cause & Palestinians. The imprudent leaders in UAE, #Bahrain must not pave the way for the Zionist schemes. They should learn lessons from history. Tomorrow is late! The US lifeline has worn out for years," Abdollahian wrote on Twitter.

On 13 August, Israel and the UAE agreed to normalize ties, which among other things entails Israel giving up its annexation plans in the West Bank. The two countries are planning to sign a variety of agreements for cooperation in investments, tourism, security and other areas in the coming weeks. The US expects other countries of the region to follow the lead.

Number of Confirmed Coronavirus Cases in Bahrain Rises to 77