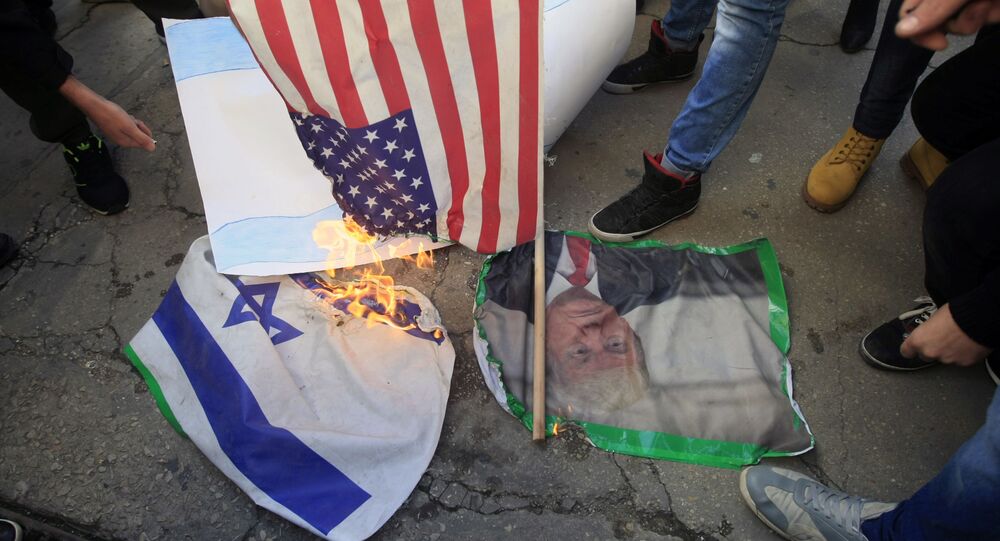 Despite the political and economic crisis in Lebanon, Israel, through US mediation, is seeking to round off the ongoing negotiations on land and sea border demarcation between Beirut and Tel Aviv.

A number of Lebanese politicians expressed concern that the United States is pressuring Lebanon, pushing it to sign a border demarcation agreement that would jeopardise Beirut’s plans to develop gas fields on the Mediterranean shelf.

Sputnik spoke to Lebanese experts to find out whether Israel and the United States are thus trying to take advantage of Lebanon’s current economic and political weakness and force it to agree to all the conditions which are favourable to them, as well as whether Lebanon will be able to resist them.

According to US Assistant Secretary of State for Near Eastern Affairs David Schenker, the maritime border demarcation negotiations between Beirut and Tel Aviv are gradually advancing.

“I hope I will soon come back to Lebanon to sign a framework agreement with Israel,” he said during a telephone press conference with Lebanese journalists.

Schenker refused to talk about the existing obstacles to signing the agreement and the disagreements between the parties.

“I’d like to point out that absolutely everyone is pressuring Lebanese politicians for any reason today: government formation, Beirut restoration, receiving money from the IMF and, of course, maritime border demarcation with Israel. While France is pressing Lebanon to solve domestic policy issues, the US is pressing to solve foreign affairs. They are interested in border demarcation and find it interesting for Israel. Undoubtedly, Washington will promise the government financial assistance in exchange for a good deal: they understand very well that Lebanon has no funds to rebuild Beirut after the explosion. There is a danger that Beirut will not receive any international assistance until it concedes to American and Israeli interests,” he said.

“Washington is pressuring individual movements and parties through sanctions. For example, two ministers of the current government have been sanctioned. And this is one of the key indicators of how much the United States expects Lebanon to do what it needs,” he added, speaking about US pressure on Lebanese politicians.

The Streets are Against?

However, Lebanese political scientist Riyad Isa believes that if the government is engaged in such negotiations, the Lebanese public will strongly oppose a framework agreement with Israel, and won’t allow it to be adopted.

“It’s surprising that the United States is speaking of some kind of negotiations between Israel and Lebanon, while Beirut is negotiating border demarcation exclusively with Washington. Such details will face serious consequences in Lebanon. It’s important to understand that the public doesn’t trust the current government and its actions. If they really do sign any kind of agreement with Israel, people will take to the streets. No one will recognise it [the agreement] as valid,” he said.

According to the expert, the US is ready to take advantage of any Lebanese weakness to fulfil its own desires and interests in the region. Nobody will wonder about Lebanon’s interests. If the country were in a better position, it could show some resistance, but not now.

Lebanon rejects Israeli claims to offshore block 9 in the Mediterranean, which is believed to have large hydrocarbon reserves. It is a plot of 856 sq. km, which each party considers a part of its exclusive economic zone. Beirut also shows its discontent with the land border line at 13 points, including the port of Naqoura and Adaisseh, where the Israelis have built a barrier.