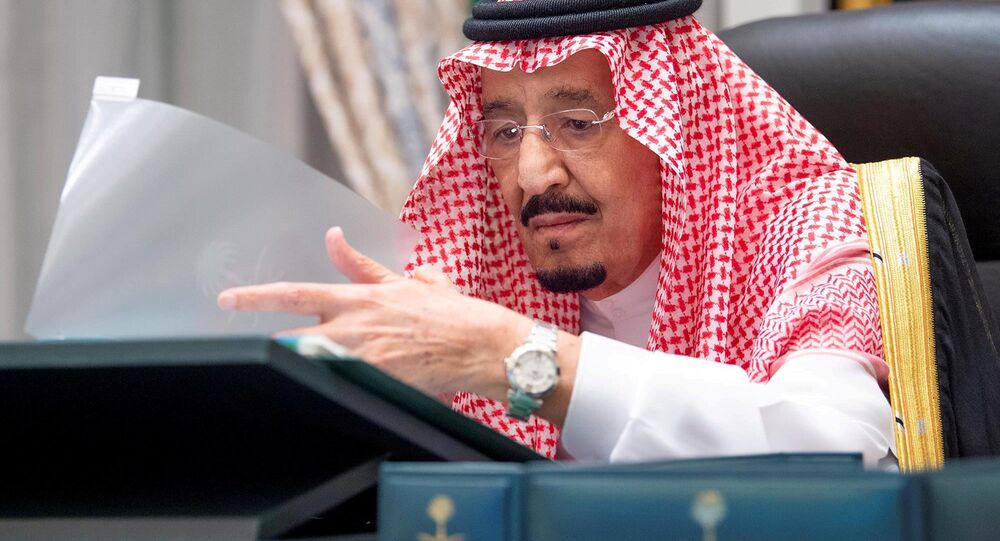 Tensions have risen in the region after the UAE and Israel reached an agreement that will make the Emirates the third Arab country in modern history to establish diplomatic ties with the state of Israel.

US President Donald Trump and Saudi King Salman bin Abdulaziz have had a phone conversation during which the Saudi monarch expressed the Kingdom's willingness to reach a "permanent and just solution to the Palestinian cause to bring peace", the Saudi Press Agency (SPA) reported on Sunday.

He added that it is the starting point for the Kingdom's efforts and the 2002 Arab Peace Initiative.

President Trump also told the Saudi King that the United States welcomes the Kingdom's decision to allow the use of its airspace for flights between Israel and the UAE and urged him to negotiate with other countries in the Gulf to resolve the with the goal of overcoming the regional rift on the heels of the US-brokered landmark agreement between the UAE and Israel, Judd Deere, the White House's deputy press secretary, said.

According to the spokesman, the conversation featured a discussion of "ways to enhance regional security and prosperity" with an emphasis on the significance of the UAE-Israel agreement on the normalisation of relations, known as the Abraham Accord.

Earlier, Saudi Foreign Minister Faisal bin Furhan commented on the Israel-UAE future deal, saying that the Kingdom remains firm in its position on the Palestinian cause and supports the Arab Peace Initiative as well as the UN Security Council resolutions which call for creating an independent Palestinian state with a capital in East Jerusalem.

The UAE said that despite its normalisation of relations with Israel, it is not against the creation of an independent Palestinian state. In August, the two states reached an agreement under which Israel would suspend its planned annexation of the West Bank. The agreement was negatively met by the Palestinian authorities.

Palestine and Arab leaders have traditionally insisted on restoring the border between Israel and Palestine to where it was before the 1967 Six-Day War as the basis for peace.