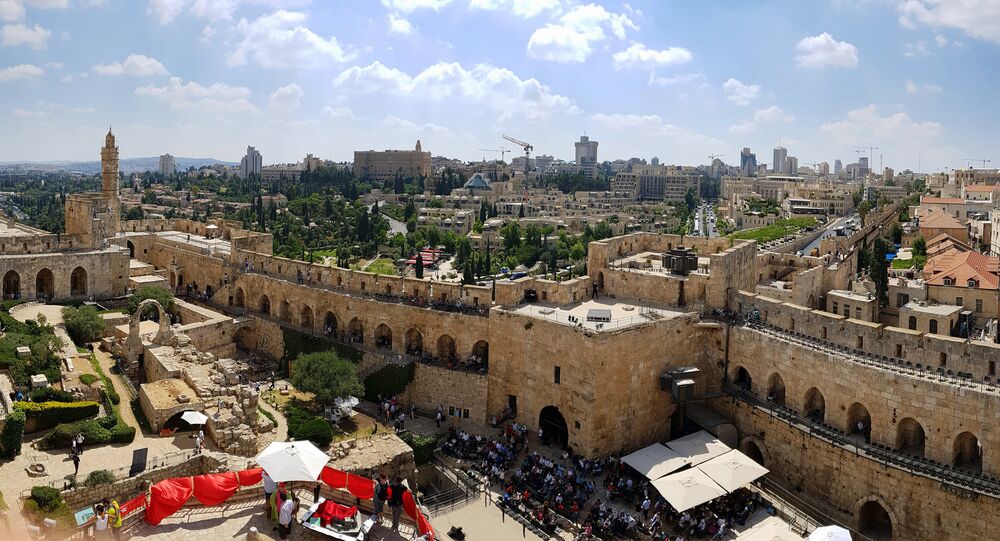 ANKARA (Sputnik) - The Turkish Foreign Ministry on Sunday condemned the decision of the self-proclaimed republic of Kosovo to open its embassy in the city of Jerusalem, saying the "disappointing" move would violate international law.

"It is understood from social media posts of President Hashim Thaçi, Prime Minister [Avdullah] Hoti, and Foreign Minister Meliza Haradinaj-Stublla of Kosovo that, in addition to mutual recognition between Kosovo and Israel, a commitment has also been made by Kosovo to open an Embassy in Jerusalem. It is disappointing that such a step, which would constitute a clear violation of international law, is even considered by the Kosovo authorities", the press release said.

The ministry recalled that Turkey was one of the first countries to recognize Kosovo and greatly supported its efforts on gaining international recognition.

"However, we do not find it right to build this process against international law and especially upon the suffering of the Palestinian people whose territories are under occupation. It has been repeatedly emphasized by various UN resolutions that the Palestinian conflict can only be settled through the establishment of an independent, sovereign and the contiguous State of Palestine based on the 1967 borders with East Jerusalem as its capital", the ministry added.

The ministry also called on the Kosovar leadership to comply with UN resolutions and refrain from actions that would "harm the historical and legal status of Jerusalem".

© REUTERS / Ammar Awad
People Protest in Front of Netanyahu's Residence in Jerusalem - Video
On Friday, Israeli Prime Minister Benjamin Netanyahu said that Serbia would move its embassy from Tel Aviv to Jerusalem by next July. The decision was mediated by the United States, which was the first to move its embassy to Jerusalem back in 2018. The decision was criticized by Turkey as a "deeply concerning" step. Kosovo also vowed to open its embassy in Jerusalem, after Israel agreed to recognise and establish full diplomatic relations with the breakaway country.

Jerusalem, which was seized by Israel during the Six-Day War in 1967, is currently a non-negotiable issue for the Palestinians, as are the claimed territories in the West Bank and Jordan River Valley where Israel has been building settlements. The Israeli government, in turn, has refused to recognise the Palestinian Authority as a sovereign state and deemed the expansion of its settlements legitimate, despite objections from the United Nations.