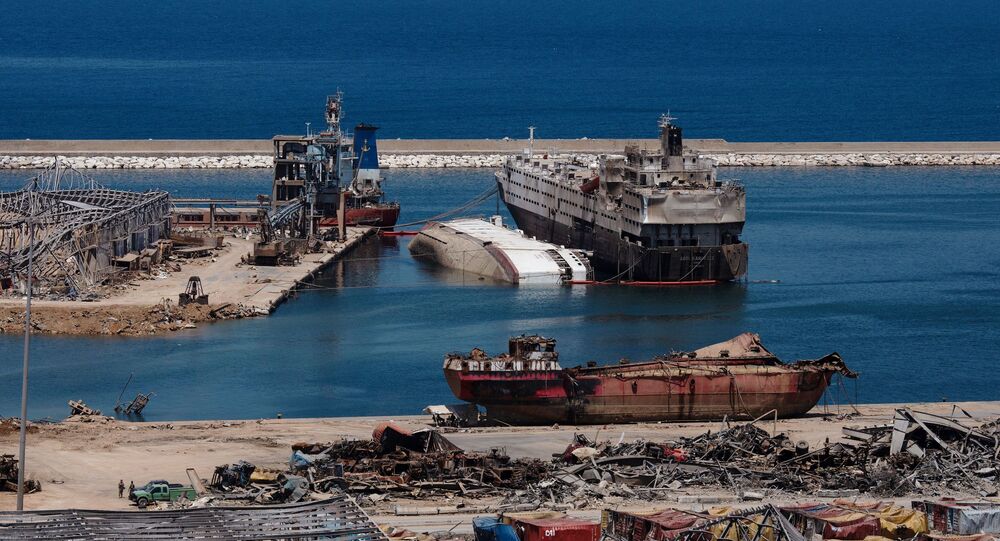 CAIRO (Sputnik) - The Lebanese army has completed the disposal of more than 4 tonnes of ammonium nitrate found at the entrance to the port of Beirut, the site of a massive blast in early August, according to the army's statement obtained by Sputnik on Saturday.

"A 4.35-tonne batch of ammonium nitrate discovered a few days ago in the port of Beirut has been disposed of", the statement said.

Four warehouses storing the dangerous chemical were discovered by the Lebanese military near entrance number nine earlier this week.

The powerful blast in the port of the Lebanese capital that took place on 4 August left at least 190 people dead and 6,500 others injured.

© REUTERS / Thibault Camus/Pool
People are pictured at the devastated site of the explosion at the port of Beirut, Lebanon August 6, 2020.

The explosion, which caused an estimated $15 billion in damages and prompted the country's government to resign, has been blamed on the improper storage of 2,750 tonnes of ammonium nitrate by the port authorities.