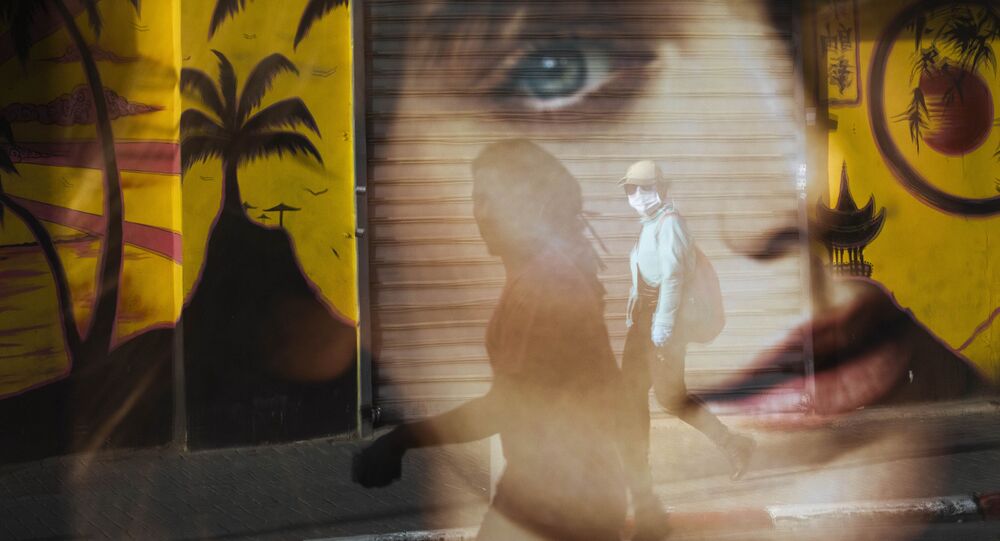 Failure for Some, Success for Others: How Israeli Companies Cope With COVID-19

The outbreak of the virus has dealt a severe blow to some Israeli businesses that are still struggling to get off the ground. For others, however, the pandemic presented an opportunity and they rushed to seize it.

Just as it has been the case in previous rounds, crowds are expected to call on the premier to resign, citing his alleged inability to tackle Israel's economic woes caused by the outbreak of COVID-19.

According to reports, as of August, 800,000 Israelis are unemployed, while 27,000 businesses have been shut down since the beginning of the year despite measures introduced by the government that included individual grants and assistance to businesses.

Emil Guberman was one of those who experienced the blow firsthand. Before the outbreak of the pandemic he developed a product designed to make the process of buying online easier and more accessible.

His app "WeBuy" enabled users to put in a request for an item and receive offers from suppliers, including photos and prices, directly to the customer's email, all in one click.

But as the virus started raging, Guberman realised his project was not destined to get off the ground.

"We launched the pilot during the pandemic thinking to help local businesses to work and be online very quickly. Instead we realised that sponsors, who were previously willing to invest into the project, had changed their minds", Guberman explains.

Since then, the fundraising for his project has been stalled and investors, who were set to provide up to $2 million, are asking Guberman to wait for better days, delaying the launch for at least half a year.

But while Guberman is still waiting for sponsors, he says he cannot rely on the government to provide him with any help.

"In Israel the government hasn't done anything for businesses like me. Quite the opposite is true. They made the process of receiving assistance complicated and that made me feel that we cannot count on their help".

As part of Netanyahu's plan to provide businesses with assistance, entrepreneurs are supposed to prove that their income has been hurt as a result of the pandemic.

To prove that, business owners need to provide Israel's authorities with a number of papers showing their income before and after the pandemic. The problem is, says Guberman, that he can hardly generate the necessary documents simply because his business was not operational prior to the outbreak of the virus.

And although now Guberman says he cannot rely on the government, he does take matters into his own hands opting for smart marketing and "aggressive advertising".

"To succeed in this period you had to be ready," says Adv. Uri Milshtein, a partner in ZAG-S&W law firm, who advises Hi-tech and other businesses including those that either suffered or benefited from the crisis.

"That readiness is determined by four main factors. Having the right product, the right marketing position, the budget and the leadership. [In fact], leadership is the main factor in crisis management as it provides the energy, the focus and the fast reaction...", Milshtein continues.

To prove that success during the pandemic is possible, Milshtein refers to statistics provided by the IVC agency and his law firm.

Despite the fact that in February and March, when the first coronavirus cases were registered in Israel, the amount of deals with high-tech companies has dropped significantly, in April and May the numbers went back to normal and even compensated for the decline of previous months.

Another interesting finding is the fact that while such industries as tourism were dealt a severe blow, others, including e-commerce, artificial intelligence, cloud technologies and robotics, have actually used the pandemic to reap results.

Making Lemonade Out of Lemons

Blue and White Robotics, an Israeli company that specializes in creating autonomous technologies designed to minimise the dependency of companies on the traditional workforce, was one of those who spotted the opportunity presented by the pandemic and decided to squeeze the most out of it.

"Very often farmers would approach us and tell us that their workers could not cultivate the land because of quarantine or coronavirus restrictions. So we needed to come up with a solution that would decrease that dependency," says Alon Ascher, Blue and White Robotics' Vice President of strategy and business development.

And they did, at times adjusting products they have already used for the purpose of handling the pandemic.

Such was the case with their automated shuttles initially used for transporting Haifa port employees that were swiftly turned into a tool to transport blood samples from one hospital building to another.

© REUTERS / Amir Cohen
Mossad's 'Invaluable' Efforts to Help Israel Combat Coronavirus Revealed
And such was the case with their aerial pollination systems that offered to do the job using drones, instead of relying on humans.

That flexibility yielded results registering an increase of 15 percent in the company's income also expanding the amount of its employees from the previous 45, employed before the pandemic, to 60 currently working on various projects.

And Ascher pins that success to those same factors uttered by Milshtein.

"We invest a lot of money and effort into looking for solutions and offering new technologies that would go hand in hand with our vision and DNA," says the VP.

"But we also know how to work with the government and regulation agencies and I think this is the key for our success," he sums up.