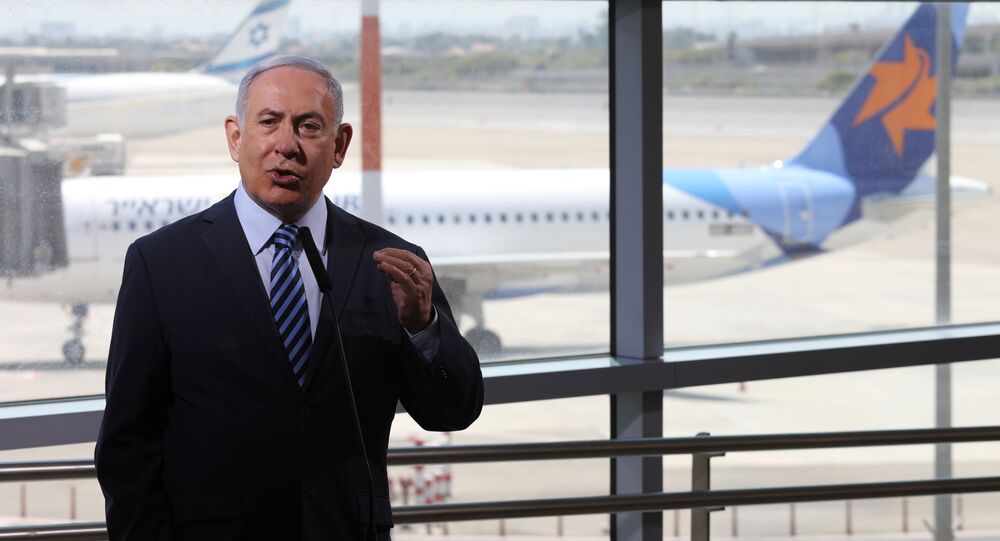 The trip was reportedly set up by Mossad Chief Yossi Cohen, who traveled to Abu Dhabi together with Netanyahu. The meeting was said to have taken place in a “good atmosphere,” with contacts made and negotiations continuing after that.

Israeli national security advisor Ben Shabbat is said to have held a separate meeting with UAE and US officials in 2019 in Washington, with Israeli Ambassador to the US Ron Dremer reportedly involved in those talks.

Netanyahu offered hints on the extent of his clandestine contacts with regional leaders on Sunday, telling reporters that he had held “many…unpublicized meetings with Arab and Muslim leaders” in addition to publicized ones, like his surprise visit to Oman in October 2018, or his meeting with Sudanese interim leader Abdel Fattah al-Burhan in Uganda in February 2020.

“There are many things I cannot tell you about, but I do believe they will see light when the time is right. You could see the tip of the iceberg for yourselves in recent years,” Netanyahu added.

© REUTERS / CHRISTOPHER PIKE
Palestinians Can't Be Stuck in the Past, Should Come to Negotiating Table, Kushner Says Upon Landing in UAE
A joint Israeli-US delegation made the first-ever flight aboard a commercial aircraft from Israel to the UAE on Monday to cement the Israel-UAE agreement on the normalization of ties unveiled on August 13, with Israeli officials flanked by US National Security Advisor Robert O’Brien and Trump son-in-law and Middle East peace plan architect Jared Kushner during the trip.

Commenting on the deal on Monday, Netanyahu denied reports that it would put a permanent end to Israeli plans to ‘apply sovereignty’ to wide swathes of Palestinian territories in the West Bank and the Jordan Valley.

“It is not off the table. Historic things are happening here that are changing the map of the Middle East. Very good things are happening here, both for the State of Israel and the Land of Israel,” the Israeli prime minister said, presumably in reference to the ancient Land of Israel from the Hebrew Bible which in addition to current Israeli lands also includes parts of modern-day Lebanon and Jordan.

The UAE is the first nation on the Arabian Peninsula, and the third Arab country after Egypt and Jordan, to establish ties with Israel. A majority of countries in the region refuse to establish ties with the Tel Aviv, citing its treatment of Palestinians and multiple wars over the past seven decades. After the deal with the UAE was announced, Israeli and US officials expressed hopes that other Arab countries would follow Abu Dhabi’s example and normalize ties with Israel.

Palestinian leaders denounced the Israel-UAE deal as an act of “aggression” and a betrayal of their interests. Other nations, including Israel’s sworn enemy Iran, as well as Turkey, also slammed the agreement.