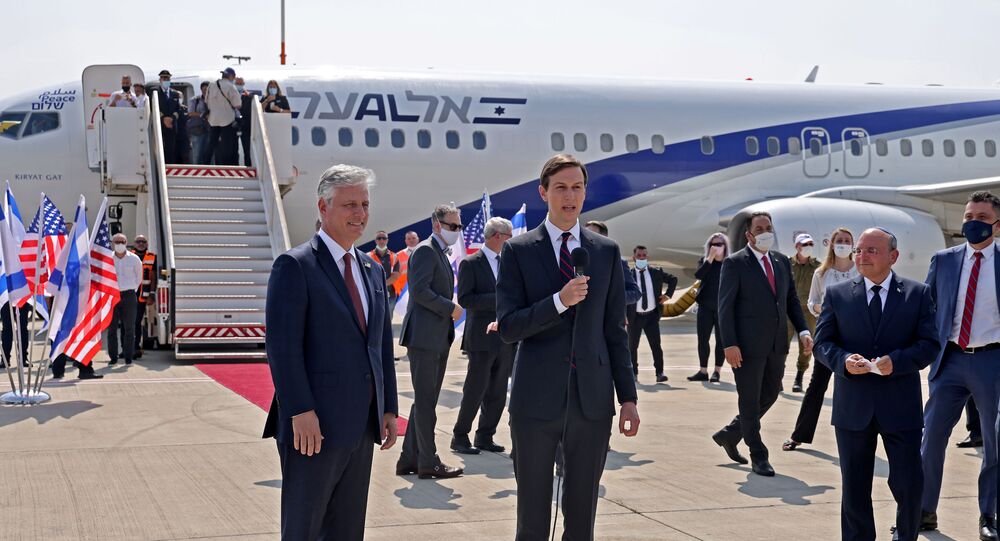 JERUSALEM/TEL AVIV (Sputnik) – The first direct passenger flight took off on Monday from Israel's Tel Aviv to the UAE's Abu Dhabi after the two reached a historic accord to establish diplomatic ties, a Sputnik correspondent reported.

The plane, carrying high-level US and Israeli delegations, has taken off from Ben Gurion International Airport and will pass through the Saudi airspace to reach the UAE capital.

"Our goal is to set a work plan to further develop and strengthen relations [with the UAE] in the tourism, innovation, economic and other fields," Ben Shabat told reporters ahead of the flight, which would take more than three hours.

The joint visit of the US-Israeli delegations to Abu Dhabi will last for two days.

In mid-August, Israel and the UAE struck a US-brokered deal to establish full diplomatic ties and exchange embassies in return for Israel putting the annexation of Palestinian lands on hold. The Palestinian Authority condemned the move as an act of betrayal.

After the deal was signed, UAE President Khalifa bin Zayed Al Nahyan on Saturday issued a decree on abolishing the economic boycott of Israel and related penalties.