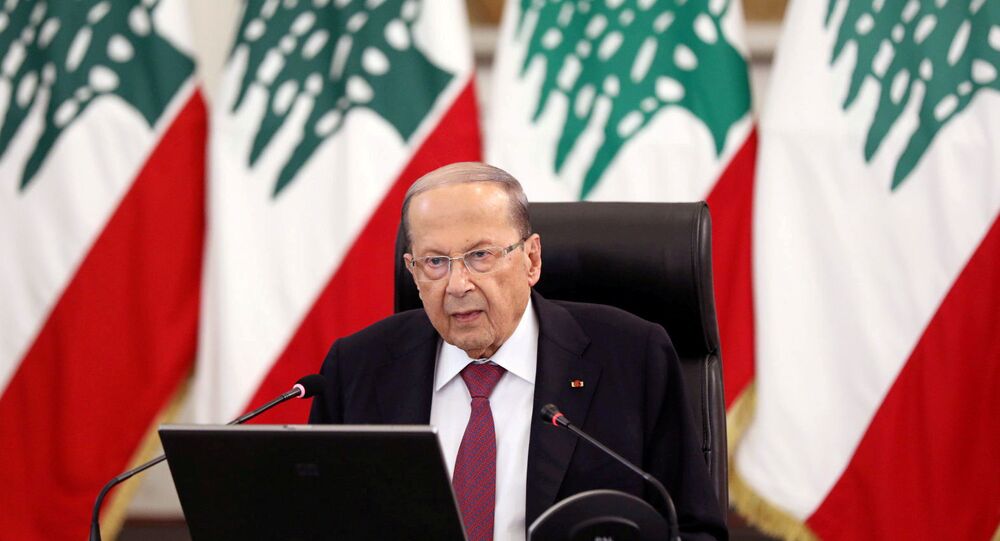 Massive port blast in Beirut at the beginning of August has exacerbated the economic crisis that Lebanon has been facing with nationwide protests gripping the country since 2019.

Lebanese President Michel Aoun has called for the proclamation of a "secular state", local media reported.

"I call for the proclamation of Lebanon as a secular state", Aoun said during a televised address to mark the upcoming 100th anniversary of the Lebanese state, in which he acknowledged the need "to change the system".

The president added that Lebanon is seen as several separate republics instead of one unified state due to the division of power among different religious communities.

The presidential statement comes after Lebanon's authorities resigned amid protests prompted by a perceived lack of good governance and public anger for the explosion in Beirut's port.

© REUTERS / Alkis Konstantinidis
Streets of Explosion-Ravaged Beirut as Lebanon Imposes Lockdown Amid Spike in COVID Cases - Video
Beirut’s water infrastructure had been deteriorating since well before the 4 August explosion. The massive blast that erupted at the Port of Beirut destroyed half of the city’s buildings, killing about 190 people and injuring more than 6,500 others. Authorities say the improper storage of 2,750 tonnes of ammonium nitrate in the Beirut port was the reason for the explosion. This reignited nationwide mass protests against poor governance standards and economic mismanagement.

Lebanon has been in a political and social turmoil since mid-October 2019 when the government of then-Prime Minister Saad Hariri announced tax hikes on internet calls and tobacco in an attempt to salvage a deteriorating economy.

In November 2019, former Lebanese Prime Minister Saad Hariri's government resigned amid mass anti-government protests prompted by the worst economic crisis that Lebanon has suffered in 30 years. In January, President Michel Aoun asked newly-appointed Prime Minister Hassan Diab to form a new cabinet of ministers. Despite this, pressure from the international community on Lebanon’s administration, the aggravation of the crisis amid the COVID-19 pandemic, and internal political disputes did now allow the new government to conduct the necessary changes to cope with the deteriorating economic situation.