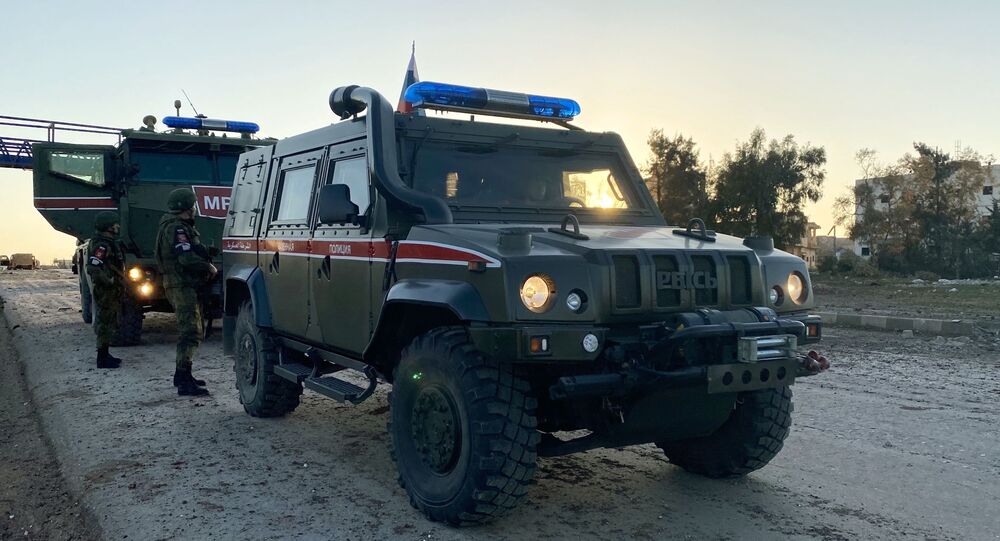 The US National Security Council earlier accused Russian servicemen of being behind a collision with an American military vehicle in Syria, despite numerous videos from the scene indicating that the Russian troops made several attempts to part ways with their US counterparts in a safe manner.

The Russian soldiers undertook all possible efforts to avoid a collision with the American forces deployed in Syria, the Russian Defence Ministry has stated. The ministry also noted that the info on the Russian patrol's path, strength, and the fact that it would be accompanied by an attack helicopter was all sent to the American military in accordance with agreements that are designed to avoid confrontations between the two countries' forces in the Arab Republic.

The Defence Ministry has shared its own account of the incident that took place on 26 August, saying that before the collision, the Russian patrol had been chased by two American Mine-Resistant Ambush Protected vehicles after entering a zone controlled by the international anti-ISIS coalition. Later, the Russian servicemen saw that their agreed patrol path had been blocked by two more coalition vehicles, which they tried to avoid colliding with.

US Claims Russian Troops Were Behind Collision

Prior to the ministry's statement, Russian Chief of the General Staff General Valery Gerasimov accused the American forces of violating the agreements struck by the two countries to avoid incidents in Syria by having their vehicles block the Russian patrol's pre-arranged path. He added that the Russian patrol "took every step necessary to prevent the incident and proceed with its mission".

At the same time, the US National Security Council accused the Russian patrol of "unsafe and unprofessional actions" for allegedly hitting an American MRAP. The council claims that the incident resulted in four servicemen receiving concussion-like symptoms.

These claims stand in contrast with footage of the incident shot from a Russian military police vehicle that shows several American MRAPs manoeuvring in front of the Russian patrol, apparently trying to prevent it from progressing further, as they look for a way to drive through without hitting the US troop carriers. An American MRAP then hits one of the Russian carriers after being sandwiched between it and another patrol vehicle.