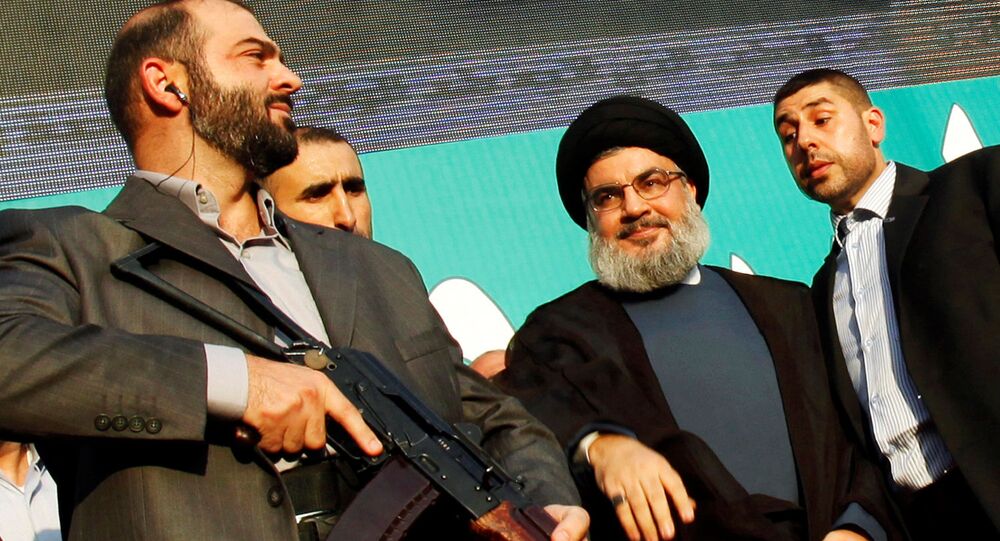 On early Wednesday, the Israeli Defence Forces (IDF) announced launching air strikes against Hezbollah observation posts in Lebanon, in response to what it termed a “security incident” after the militant group’s snipers allegedly fired two shots across the Israeli-Lebanese border toward IDF troops on late Tuesday.

The leader of the Lebanese political party and militant movement Hezbollah, Hassan Nasrallah, said on Wednesday that Tuesday night's exchange of fire between the fighters and Israeli military forces at the Israeli-Lebanese border was “an important and sensitive measure”.

During a speech televised on Hezbollah’s al-Manar TV channel marking the upcoming Islamic holiday of Ashura, the Hezbollah leader refrained to comment further on the incident, vowing to “leave it until a later point in time”.

“What happened yesterday in south Lebanon is an important and sensitive measure for us, but I will not comment on it. I will instead leave it until a later point in time,” Nasrallah said, quoted by The Times of Israel.

Earlier in the day, the IDF announced that it had responded to what it described as a “security incident” at the border with Lebanon, by launching air strikes against Hezbollah observation posts, reportedly the first such attack launched by Tel Aviv since the 2006 Israel–Hezbollah War.

Israel's army claimed that the strikes came after Hezbollah militants allegedly fired two shots from across the border using a small firearm against Israeli combat intelligence troops near the border community of Manara. The IDF said no soldiers were struck in the incident.

According to the Jerusalem Post, the IDF launched around 30 flares along the country's border with Lebanon.

Commenting on the alleged attack by the militants, Israeli Prime Minister Benjamin Netanyahu called on Hezbollah “not to test Israel’s crushing resolve”.

“Israel sees firing at its troops as a very serious incident,” Netanyahu said. “We will not tolerate any act of aggression and we will react forcibly to any attack. I strongly suggest Hezbollah not to test Israel’s crushing resolve,” Netanyahu said on Wednesday.

Lebanon’s Supreme Defence Council on Wednesday denounced what it called “Israeli aggression”, which took place few hours after Beirut rejected a Tel Aviv proposal to reform the UNIFIL’s mandate and powers, and promised to file a complaint to the UN.

The United Nations peacekeeping force in Lebanon (UNIFIL) announced earlier on Wednesday that it was launching a probe into the incident, according to The Times of Israel.

Views of Beirut as Hariri Assassination Verdict is Announced - Video