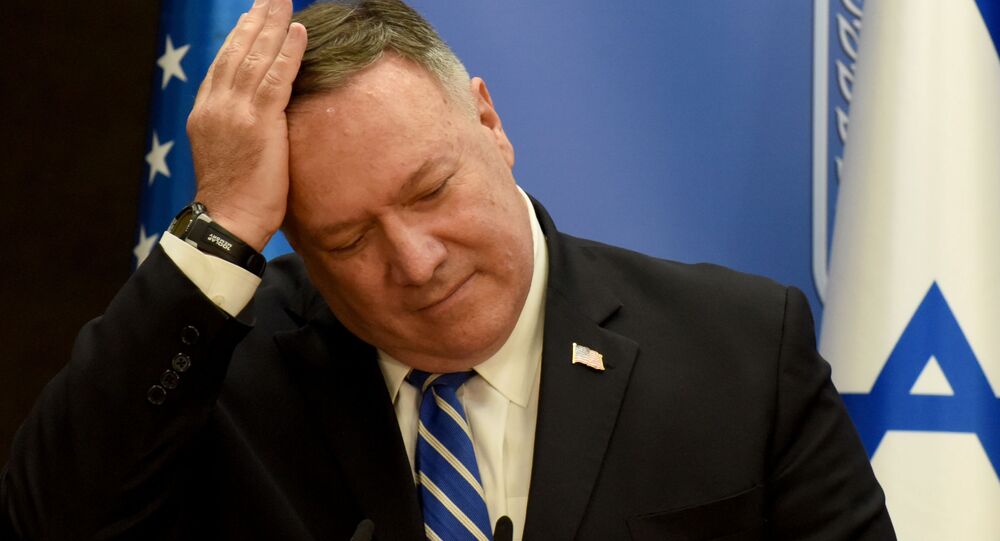 Iranian Foreign Minister Mohammad Javad Zarif has expressed gratitude to the US secretary of state for revealing what he suggested was the real criteria for inclusion in or removal from the US terrorism listing, suggesting it depends on normalizing relations with the State of Israel.

“Thanks to @SecPompeo, we now know criteria for a country to be removed from – or included in – State Dept’s terror list: Relations with Israel. World’s No.1 nuclear threat, rights violator, illegal occupier and terror entity,” Zarif tweeted.

Thanks to @SecPompeo, we now know criteria for a country to be removed from—or included in—State Dept's terror list:

How can the world STILL take US foreign policy seriously? pic.twitter.com/TR4NVWdKCy

“How can the world STILL take US foreign policy seriously?” the diplomat added.

Zarif accompanied the tweet with a screenshot of a Reuters article citing Sudanese Prime Minister Hamdok’s comments that Sudan’s removal from the terrorism list should not be linked to the normalization of ties with Israel.

The US put Sudan on its State Sponsors of Terrorism listing in 1993, after al-Qaeda leader Osama Bin Laden moved to the country. The listing also includes Iran, Syria and North Korea. None of the latter three nations have relations with Israel.

Great meeting with @SecPompeo, we had direct & transparent conversation regarding delisting Sudan of #SSTL, bilateral relations & US government support to the CLTG.
I continue to look forward to positive tangible steps in supporting the glorious Sudanese revolution. pic.twitter.com/BiXOcZhGmk

During his meeting with Hamdok, Pompeo called on the country to normalize relations with Tel Aviv. The Sudanese transitional government leader said he doesn’t have the mandate to establish ties with the country.

Last week, the Sudanese government fired a Foreign Ministry spokesman after he suggested that there was “no reason for the continuation of hostility between Sudan and Israel” amid fears of a backlash from the Sudanese public.

The US has also said it may lift sanctions against Sudan in exchange for $330 million in compensation for the victims of al-Qaeda’s bombings of the US embassies in Tanzania and Kenya in 1998. Earlier this year, Khartoum reached a settlement with the families of the victims of the 2000 attack on the USS Cole, with that attack also attributed to al-Qaeda.

The Sudanese government of Omar al-Bashir was overthrown in a military coup d’état in April 2019 after months of street protests, prompting the creation of a transitional government formally declaring its commitment to turn Sudan into a democracy by the year 2022. A mixed civilian-military leadership known as the Sovereignty Council of Sudan was established in August 2019, with Hamdok and a mostly civilian cabinet chosen to govern.