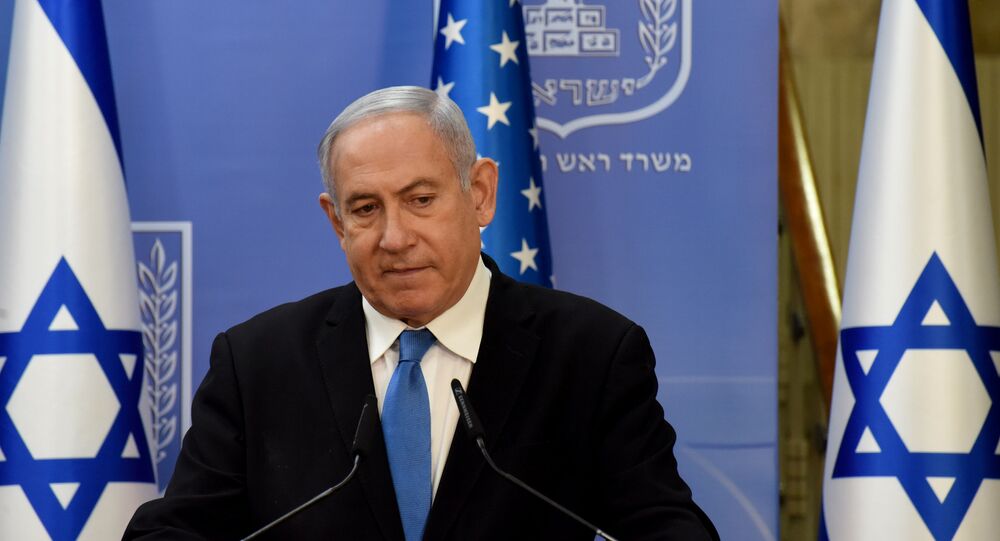 In late February, 19-year-old Dana Cassidy reportedly vowed to file a lawsuit against Israeli Prime Minister Benjamin Netanyahu’s son, Yair, for “mass sexual harassment” of her after he tweeted a photo of her and allegedly hinted that she was having an affair with opposition leader Benny Gantz. She later started a GoFundMe campaign.

Dana Cassidy, an Israeli animal rights activist, on Tuesday filed a lawsuit against Israeli Prime Minister Benjamin Netanyahu’s son, Yair, for allegedly being responsible for a “mass, public sexual harassment” of her after he allegedly hinted that she was having an affair with opposition leader Benny Gantz, according to The Times of Israel.

The 19-year-old woman is reportedly seeking compensation of NIS 500,000 ($147,000) from Yair Netanyahu over his 23 February tweet of a photo of her, 10 days before the Knesset elections, insinuating a relationship between her and his father’s main rival, Benny Gantz, who is now serving as the country’s Alternate Prime Minister and Defence Minister.

Cassidy claimed in her filing that the PM’s son “described a clear, sexual, intimate and romantic relationship between the plaintiff and Gantz — something that has no ground in reality.”

Her legal brief also states that Yair chose her randomly as part of his attempts to harm his father’s political rival ahead of the election.

“The defendant didn’t consider the plaintiff, her family or her friends and loved ones. According to the defendant, any person can be trampled on because the end justifies the means, however wrong they are,” according to the lawsuit, which is said to consist of 15 pages, accompanied by 109 pages of appendices.

On February 23, Yair tweeted allegations of affairs by Gantz. Later in the day, he posted a screenshot from Cassidy’s Twitter page questioning, “Does anyone know who this is?”

In response to the PM's son’s tweet, a reportedly pro-Likud Twitter account posted a selfie of Cassidy with Gantz, captioned by the text: “He invited me for tea and it turned me on”, according to The Times of Israel.

Cassidy's legal brief claims that she has never written the words captioned in the photo. She detailed that the selfie was taken during a visit by Gantz to a farm in which she was employed by Blue and White MK Miki Haimovitch, a leader of campaigns for environmental protection and animal rights.

Cassidy later vowed to take legal action against Netanyahu's son, and created a GoFundMe campaign to raise money for her lawsuit.

The Netanyahu son quickly characterized the court filing as “a ridiculous, delusional and baseless SLAPP suit whose sole purpose is to win publicity and which must be rejected by law”, cited by The Times of Israel.

'Time for Unity, Not Elections': Netanyahu Agrees to Compromise on Budget Deadline