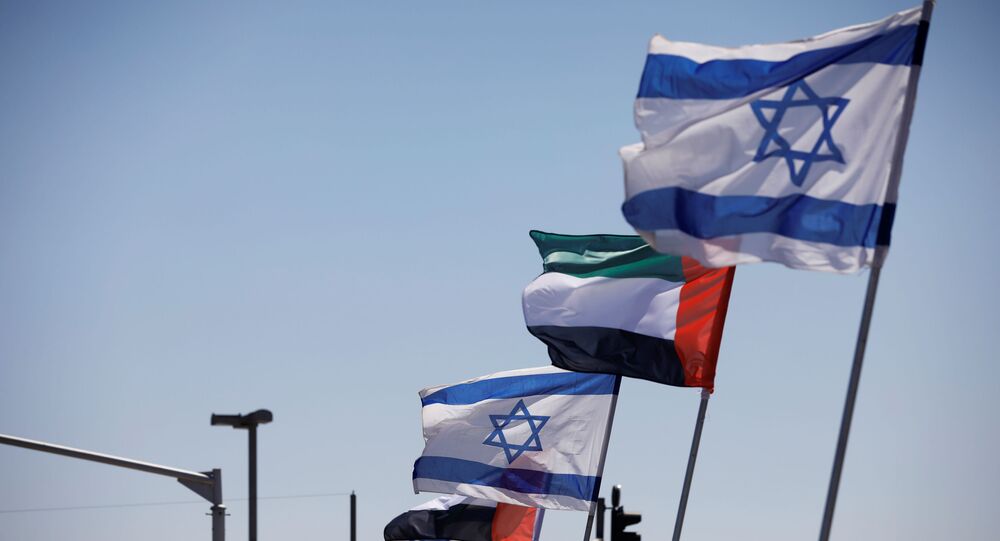 Israeli, US Delegations to Visit UAE Next Week for Normalization Talks - PM's Office

WASHINGTON (Sputnik) - US and Israeli official delegations will travel to the United Arab Emirates next week to promote a normalization between the two major American allies in the Middle East, Israeli Prime Minister Benjamin Netanyahu’s office said in a statement on Tuesday.

"Prime Minister Netanyahu instructed the National Security Adviser and the head of the National Security Council, Meir Ben-Shabbat, to head an Israeli professional delegation to Abu Dhabi, the capital of the United Arab Emirates, in order to promote normalization between the countries," according to the statement.

Israeli officials will be accompanied by the US delegation which includes Robert O'Brien, US National Security Adviser, and Jared Kushner, Senior Adviser to the US President of the United States. The visit is scheduled for next Monday.

Citing unnamed US officials, AP agency reported that both delegations will travel together aboard "the first commercial flight between Israel and the United Arab Emirates."

According to Netanyahu’s office, talks in Abu Dhabi will focus on ways to promote cooperation in a variety of areas "such as aviation and tourism, trade, economy and finance, health, energy, security and more." The Israeli delegation is expected to include top officials from the Prime Minister's Office, ministries of foreign affairs and defense, the Civil Aviation Authority.

The UAE-Israel agreement to normalize bilateral relations was brokered by the US and announced in principle earlier this month. If concluded, it will make the UAE the third Arab country to have a full peace deal with Israel after Egypt in 1979 and Jordan in 1994.