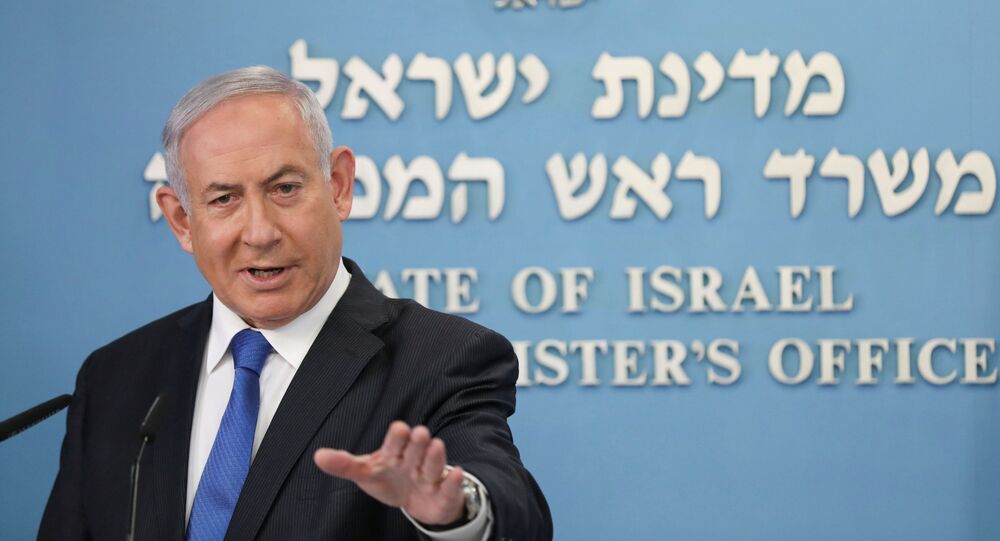 The bill to postpone the decision on Israel's budget by a hundred days will be voted on in its second and third readings today. If passed, PM Netanyahu might heave a sigh of relief. If not, and no agreement is reached, the Knesset will automatically disperse at midnight, prompting another general election, the fourth in under two years.

Prime Minister Benjamin Netanyahu has until midnight to perform a miracle and pass Israel's budget that has been causing frictions between the premier and his coalition partner, the head of the Blue and White list Benny Gantz.

While Netanyahu insists on passing a one year budget, citing instability caused by the spread of COVID-19, Gantz is sticking to a two-year plan, demanding the premier abide by the coalition agreement that both parties signed for in May.

So far, despite attempts to solve the impasse, no breakthrough has been achieved and that means that if no solution is reached by the end of Monday, Israel's parliament will dissolve itself automatically, triggering another general election, the fourth in under two years.

Israeli media is certain that Netanyahu wants to drag the country into elections that would cost the nation nearly a billion dollars.

For Netanyahu, they say, a general election is a way to distract the public's attention from his legal battles that will resume in early January, and it is a tool to shift the focus from Israel's protests that erupted in wake of the coronavirus and the economic crisis that followed shortly after.

At the same time, they are also certain that another general election will not bring Netanyahu the victory he is hoping for.

The main reason for this is the public's dissatisfaction with the anti-pandemic policies led by Netanyahu. Initially the premier was accused of closing Israel too abruptly and imposing measures that were too strict. Then, he was blamed for opening the country's economy too quickly, prompting the outbreak of the virus' second wave.

Now, with more than 800 Israelis dead, over 100,000 others sick and half a million people still unemployed, the masses that have been taking to the streets of cities across Israel for nine consecutive weeks feel that the coalition government that has been established in the name of solving the crisis has failed to live up to their expectations.

Similar feelings are also expressed by Israel's right-wing circles that became disappointed with the decision to take the so-called annexation plan off the table; and got disillusioned with the way the current government was handling the threat emanating from Gaza.

And just as is usually the case, telephone surveys conducted by Israel's main channels reflect this trend.

Although in the polls held in early March Netanyahu's Likud received 36 out of 120 seats in the Israeli parliament, becoming the country's largest party, it soon started sinking in surveys, hitting at some point a low ebb of 29 seats.

The historic deal with the United Arab Emirates didn't bolster the PM's standing either, and although the polls indicated a slight strengthening of the party that's predicted to get 32 seats, they still showed that Netanyahu was far from repeating the success he enjoyed in March.

Netanyahu cannot afford to lose more seats, as every loss of this sort will keep him away from his ultimate goal: forming a government that requires the signatures of 61 out of the Knesset's 120 parliamentarians.

But given the fact that over the past two years Netanyahu managed to erode relations with a number of politicians, chances are high that not many will be standing in line to recommend his name to the country's President.

One former alliy who is now a vocal critic of Netanyahu is Israel's ex-defense minister Naftali Bennett.

In the polls of March his party received only 6 seats but that didn't kill Bennett's ambitions to occupy a key position at the Knesset. Initially, he was eyeing a return to his defence ministry job but when that was taken off the table, he'd hoped Netanyahu would offer him the ministry of health.

Bennett didn't receive that post either, something that left him bitter and dissatisfied. And that feeling only got stronger after Netanyahu preferred to join forces with Gantz, forming a coalition government instead of sticking to his traditional allies.

Now Bennett might want to square accounts with the premier and this time around he will have more than just six seats to play with.

In fact, according to a recent survey Bennett's Yamina party is set to get 15 seats in the Knesset becoming Israel's third largest party and that means that his support might see him in the role of kingmaker for anyone who wants to form a government in Israel.

Netanyahu's Political Death? Not So Soon

Does it mean that Netanyahu is doomed? Maybe not that quickly.

Israel's opposition is divided and apart from a common disdain for the premier little can actually glue them together.

Gantz, his main rival in the past three rounds of general polls, is gradually losing his strength with his party now getting only ten seats.

Bennett although getting stronger and despite being determined to stick to his word and punish Netanyahu for previous insults, is unlikely to enter a coalition with Israel's left wing parties, which would be a prerequisite to replace the current government.

Secondly, Netanyahu might still be losing seats in the polls but when it comes to elections, he knows how to fight, using all means available to promote his agenda.

Israel has already seen it before. In previous rounds, protests against the premier have been used to underline the bias against Netanyahu, who has depicted himself as a martyr chased and persecuted by the country's left-wing circles.

This time too, protesters have already been referred to as anarchists, who undermine the rule of a legitimate premier and who incite against him and his family, calling for Netanyahu's assassination.

The upcoming peace deal with the UAE might also be used to score extra points, especially if other Arab countries to follow suit.

US Secretary of State Mike Pompeo is set to visit Israel later today, before heading to the UAE, Bahrain, Oman and Morocco, where he is set to try and convince the leaders of these countries to follow the footsteps of Abu Dhabi and strike a deal with Israel before America goes to the polls in early November.

And that means that those who rush to bury Netanyahu politically, might need to wait a bit longer.