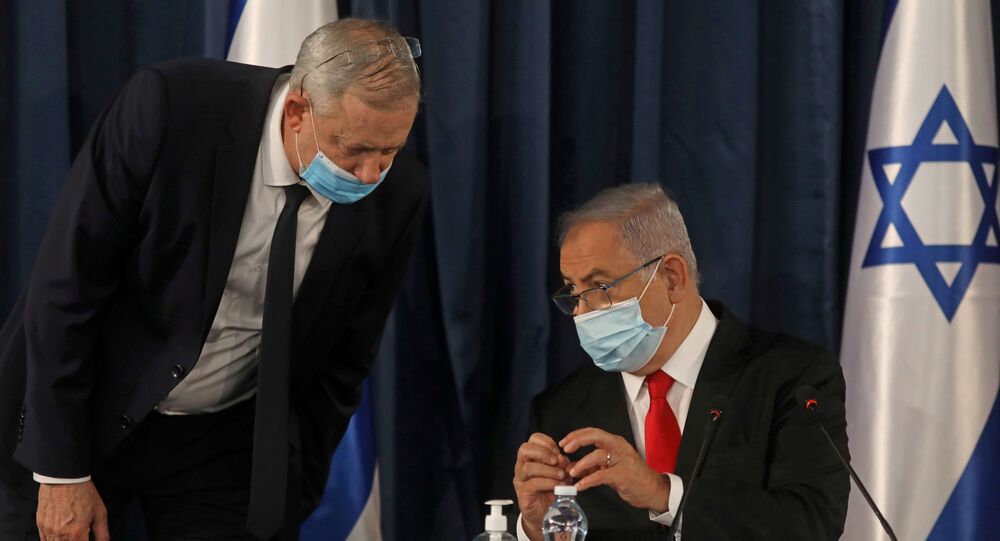 'Time for Unity, Not Elections': Netanyahu Agrees to Compromise on Budget Deadline

Earlier Sunday, the Israeli cabinet scrapped its weekly meeting amid a months-long dispute over the budget, sparking fears that elections would be called automatically on Monday night in the absence of a last-minute deal in the Knesset to push back the deadline.

Israeli Prime Minister Benjamin Netanyahu announced Sunday that he had accepted an offer to extend negotiations on the nation’s budget.

In a televised address to the nation Sunday evening, the prime minister said that the present “is a time for unity, not elections.”

Netanyahu noted that Likud would accept Blue and White parliamentary group lawmaker Zvi Hauser’s proposal to extend budget negotiations to December 3. He added however that he had not informed Blue and White leader Benny Gantz about his decision prior to his television appearance.

The prime minister added that Likud would not seek the appointment of a new police commissioner and state prosecutor as part of an agreement to push the budget deadline back, calling claims to the contrary a “myth.”

Previously, Israeli media reported that Likud was seeking to make changes to the coalition agreement to allow the party to influence the appointment of senior justice and law enforcement officials amid Netanyahu’s looming corruption trial, which is set to begin in January 2021.

Blue and White responded to Netanyahu’s speech in a statement in which it called on the prime minister to “get back in line and come back to seeing the good of the country rather than his own personal good.” The party accused Likud of being “preoccupied with political manipulations” instead of addressing the country’s “security needs and the coronavirus crisis.”

Likud and Blue and White, the two largest parties in the coalition government formed in May, had have faced off for months over the budget, with Likud seeking a budget that runs only through the rest of 2020, while Blue and White wants one for the rest of the year, plus 2021. Officials from both parties have claimed that theirs is the correct approach to the budget in light of the economic and social suffering caused by the pandemic.

The coalition agreement between Netanyahu and Gantz was threatened with automatic collapse and new elections unless a compromise on the budget or its deadline could be reached by Monday at midnight.

Israel has already been through three elections since April 2019, with none of them allowing either of the major parties to form a majority government on their own or with their ideological allies.

President Reuven Rivlin has repeatedly asked both Likud and Blue and White to stop bickering and unite to provide leadership in the face of the current crises facing Israel.