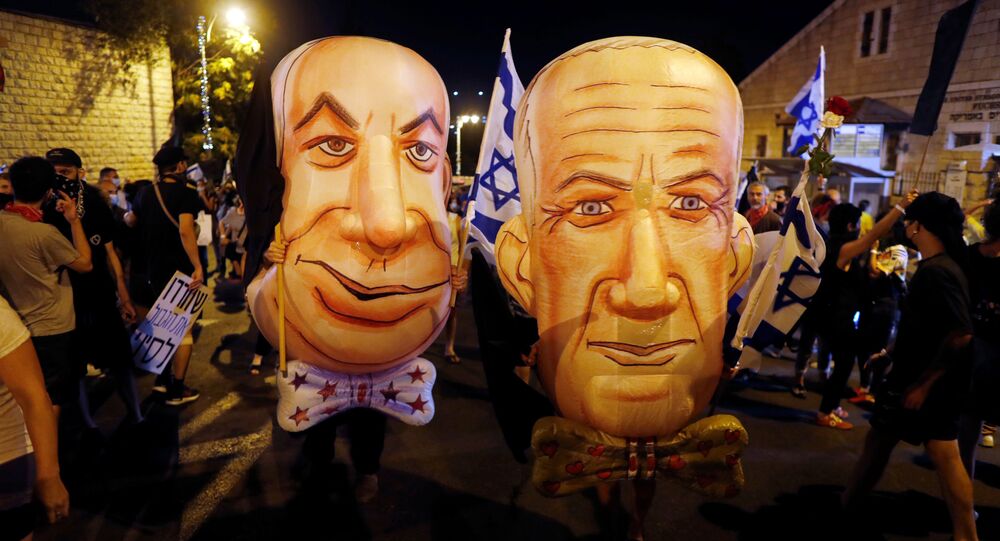 The current Likud/Blue and White unity government was created in May after three elections between April 2019 and March 2020 failed to allow either major party or its allies to form a majority. In June, the coalition’s members got into a battle over the budget amid the coronavirus emergency, with neither side wanting to back down.

The Israeli government scrapped plans to hold its weekly cabinet meeting on Sunday amid continued tensions over the budget, the Jewish News Syndicate has reported.

Sunday’s no-show was the second time in three weeks that the cabinet has failed to meet, with both Likud and Blue and White digging in their heels with competing visions for the budget. The prime minister’s party wants the budget to take account only of the rest of the current year. Gantz’s party wants one for the rest of 2020, plus 2021. Both sides argue that theirs is the correct approach in light of the uncertainties and economic dislocation caused by the coronavirus crisis.

If a compromise cannot be reached by the Monday night deadline, the government will fall and new elections will be held, unless the Knesset approves extending the deadline by another 100 days.

Knesset approval is subject to its own caveats, with Likud reportedly wanting to make changes to the coalition agreement to allow the party to influence the appointment of senior justice and law enforcement officials amid Netanyahu’s looming corruption trial. Gantz said late Saturday that a delay should include a commitment by all sides not to make any new government appointments for a 100-day period. He added that if the government collapsed, it would be for Netanyahu’s “personal reasons.” Netanyahu’s trial on charges of bribery and breach of public trust is set to start in January 2021.

The Knesset’s finance committee is expected to meet later Sunday to discuss a possible extension of the budget deadline, with the bill already passing its first reading. Two more readings would be required before the proposal can be put to a final vote Monday night.

Also Sunday, United Torah Judaism and Shas, a pair of ultra-Orthodox parties which are part of the Netanyahu-Gantz coalition, announced that they, Likud and Blue and White had come to an agreement on extending the budget deadline supported. The price of the smaller parties’ agreement was reportedly $117 million in guaranteed additional funding for Yeshiva seminaries.

Neither Likud nor Blue and White have commented on the claims that an agreement had been reached. However, Likud Regional Cooperation Minister Ofir Akunis told Ynet News that progress has been made, and promised that “there will be no elections in 2020.”

Israeli President Reuven Rivlin, a firm opponent of new elections, spoke to members of both main parties on Thursday and warned that Israelis felt “cheated and suspicious” after the elections held in April 2019, September 2019 and March 2020. “The president stressed that it is inconceivable that the question of approving the budget will lead to a fourth round of elections,” a statement put out by Rivlin’s office following the talks said.

Earlier, Rivlin demanded that both parties stop talk of early elections, urging both sides to “get a grip” and complaining that “the State of Israel is not a rag doll you drag around as you squabble.”