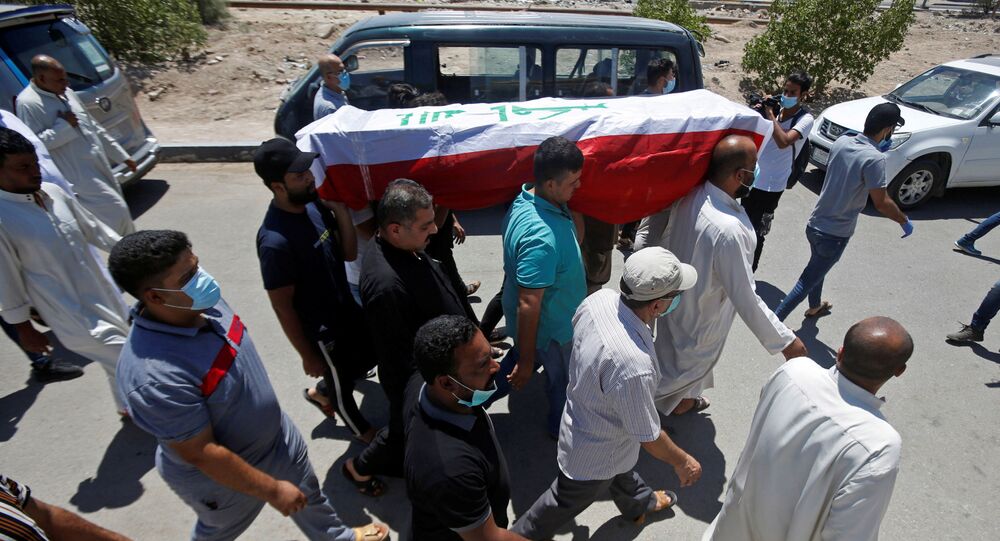 On Friday, the country's security forces resorted to firing live rounds in the air to disperse protesters who were demanding that a local governor be sacked following a string of killings in the region over the past week.

Reuters reported on Friday, citing witnesses, that Iraqi protesters have set fire to a parliament building in the southern city of Basra, where demonstrations against the regional governor have taken place.

The demonstartors burned the outer gate of the entrance of the parliament facility, which hosts local offices of country's main parliament building in Baghdad.

The security personnel fired live rounds in the air in order to disperse the demonstrators who were hurling the petrol bombs at the law encorcement officers.

The protesters gathered to demand the Basra governor’s dismissal following the killing of Reham Yacoub, an activist who led women's marches. She died on Wednesday after unknown gunmen fired at her car. Another three people who were also in the vehicle sustained injuries.

Prior to the assassination, another activist, Tahseen Osama, was killed by a gunman in a similar incident, prompting people to take part in the anti-government rallies in Basra.

Iraq’s Prime Minister Mustafa al-Kadhimi fired Basra's chief of police to appease the demonstrators. However, that did not help to end the protests, as demonstrators accused the government of a lack of action.