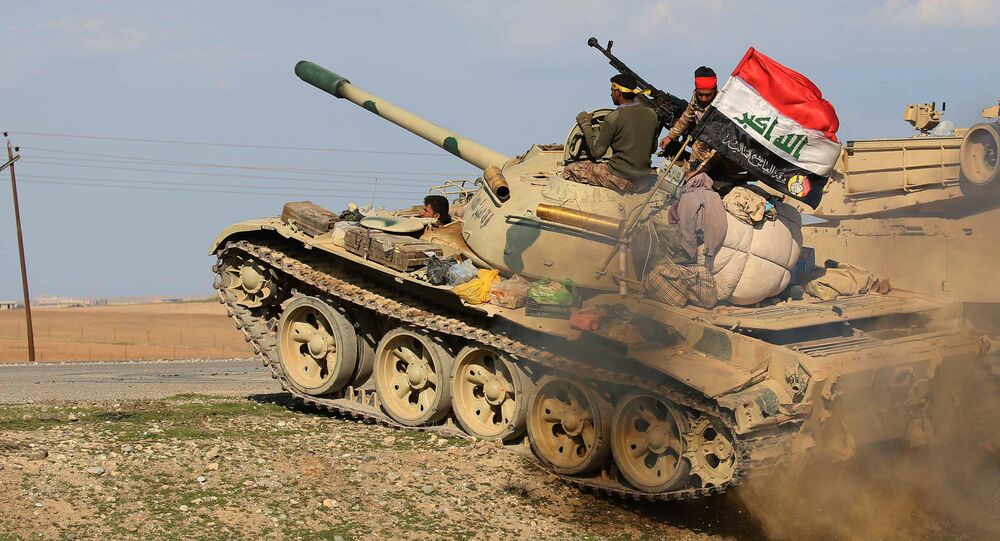 During a recent meeting with Iraqi Prime Minister Mustafa al-Kadhimi US President Donald Trump suggested that most American servicemen will be "leaving [the country] shortly" but failed to give a definitive timeline.

Several groups within Iraq's Popular Mobilisation Units (PMU) have threatened to attack US positions in the country should its leadership not negotiate a withdrawal of its troops with Baghdad.

"If an agreement on the expulsion of US forces from Iraq is not concluded in Washington, we reserve the right to target America’s interests in Iraq. We do not expect Kadhimi to return to his own country from Washington with new expansionist plots and scenarios devised by the United States", the groups' joint statement said.

In the official statement, the PMU groups called on Prime Minister Mustafa al-Kadhimi to make the US withdrawal a top priority of his current visit to Washington. They stressed that such a measure was previously requested by the Iraqi parliament, which had passed a non-binding motion to expel all foreign forces in January.

The bill was the country's answer to an unauthorised military operation by US troops on Iraqi soil that resulted in the death of one of the PMU's leaders and Iranian General Qasem Soleimani, the target of the strike. Soleimani was leaving Baghdad International Airport on 3 January, when it happened. The general was visiting Iraq on a secret diplomatic mission, officials later revealed.

The threat comes after US President Donald Trump mulled withdrawing American forces from Iraq, hinting that it might happen soon, but refusing to give a definitive timetable.

"We'll be leaving shortly. We have very few soldiers in Iraq [...] but we're there to help. And the prime minister knows that", Trump said.

Despite pledging to end US participation in "endless wars" during his election campaign, Trump has failed to completely withdraw American troops from active conflict zones. He made two promises to withdraw US servicemen from Syria, but both times he left behind a smaller contingent of forces under various pretexts.

© AP Photo / Hussein Malla
US to Withdraw Troops From MidEast Regardless of Who Wins Election, Syrian Opposition Says

The Trump administration also struck a deal with the Taliban* in 2020, vowing to pull out its forces should the terrorist movement stop its attacks and engage in dialogue with the authorities. However, this deal is yet to prove capable of holding.