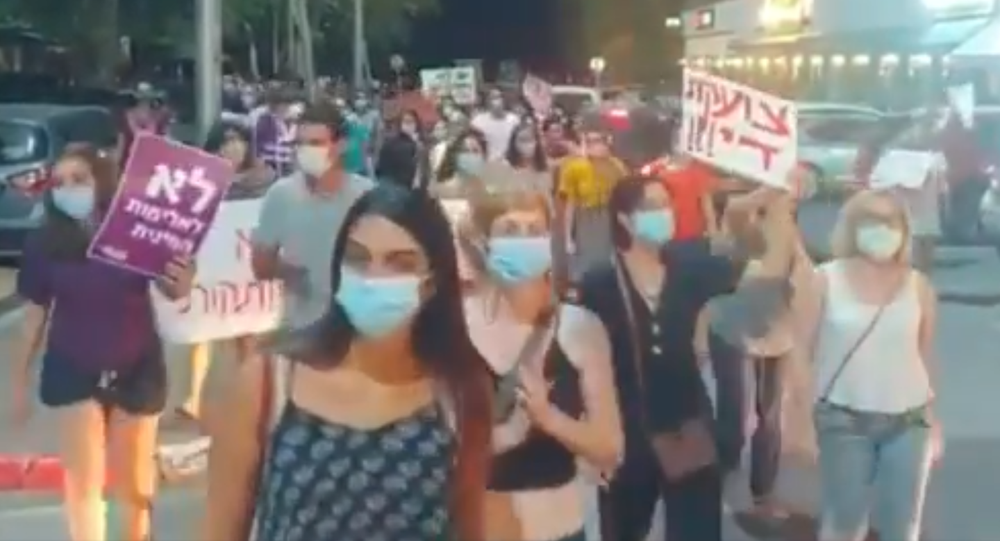 The alleged 30-man gang rape of a 16-year-old Israeli girl has spurred arrests, protests and outrage from public officials, including Israeli Prime Minister Benjamin Netanyahu, who called the reported mass attack “a crime against humanity itself.”

Israeli police announced on Thursday that a special investigation force has been tasked with gathering cellphone data, surveillance footage and other relevant evidence related to the alleged gang rape of a 16-year-old Israeli girl who was staying at the Red Sea Resort in Eilat, Israel, on a three-day trip with friends.

The initial probe into the matter suggested the teen was drinking alcohol with a number of acquaintances of her friends on August 12 and, at one point, went upstairs to use the bathroom inside a hotel room, reported Israeli news outlet Yedioth Ahronoth. It was there that she was allegedly assaulted by dozens of men, who she said were each waiting to take their turn.

The New York Times noted that two 27-year-old men from northern Israel were taken into police custody on Thursday in connection with the case. Authorities hope to use the pair’s potential knowledge of the alleged act to identify other suspects from the scene.

While the number of men has not been confirmed, police believe there was a multiplicity of assailants in the room during the time of the reported gang rape, according to the Jerusalem Post, citing Israeli outlet N12.

Speaking on behalf of one of the suspects, attorney Ofra Siboni argued at the Ashkelon Magistrate Court that while their client was in the room for a portion of the incident, he did not prevent the estimated 30 men from raping the teen because “he feared them.”

"No one yelled, 'help,'" the attorney said of the alleged gang rape of a minor. "It only became a problem when someone ... told her there was footage of the incident."

The outlet detailed that more than 30 protests were organized around the country on Thursday by groups such as the Women’s March in Israel, whose organizers declared, "Today we tell the government: There is something to be done: Do it.”

Other demonstrators could be overheard chanting slogans such as “I believe you” and “you are not alone,” speaking to the widespread support of sexual assault survivors across Israel.

Israelis protest against the gang-rape of a 16 year-old teen that took place in Eilat.#Israel pic.twitter.com/yrWBwhh3hI

Netanyahu took to social media on Thursday to condemn the alleged gang rape.

“This morning, my wife Sarah and I read about the rape affair in Eilat as published. This is shocking, there is no other word,” he said, according to a Google translation of his tweet. “This is not just a crime against the girl, it is a crime against humanity itself that deserves all condemnation and that those responsible for it should be brought to justice.”

"Since yesterday I want to understand, and cannot – what is a man trying to prove when he stands in a crowded line with dozens of men on the way to a room in which a young ... girl is lying?” Alternate Israeli Prime Minister Benny Gantz asked in a multi-tweet response to the alleged gang rape on Thursday, according to a translation by the Jerusalem Post.

He went on to say that while there may be questions remaining on details of the reported incident, the immorality of such an attack is clear. Gantz concluded by telling the teen that she is “not alone.”

At the same time, Red Sea Hotel owner Pnina Maman denies the assault took place at her business, telling N12 the resort does “not deserve all of this shaming.”

"There is no proof that it happened here," Maman said, as reported by the Jerusalem Post. "If something happened at the level of 30 people, we would have noticed and we would not have let it happen.”

Orit Sulitzeanu, director of the Association of Rape Crisis Centers in Israel, told the New York Times that what is particularly disturbing about the incident is the number of men who allegedly engaged in it.

“Gang rape is just a manifestation of something very bad going on here,” she expressed, noting that there was a “rotten culture” behind the mentality of such assailants.