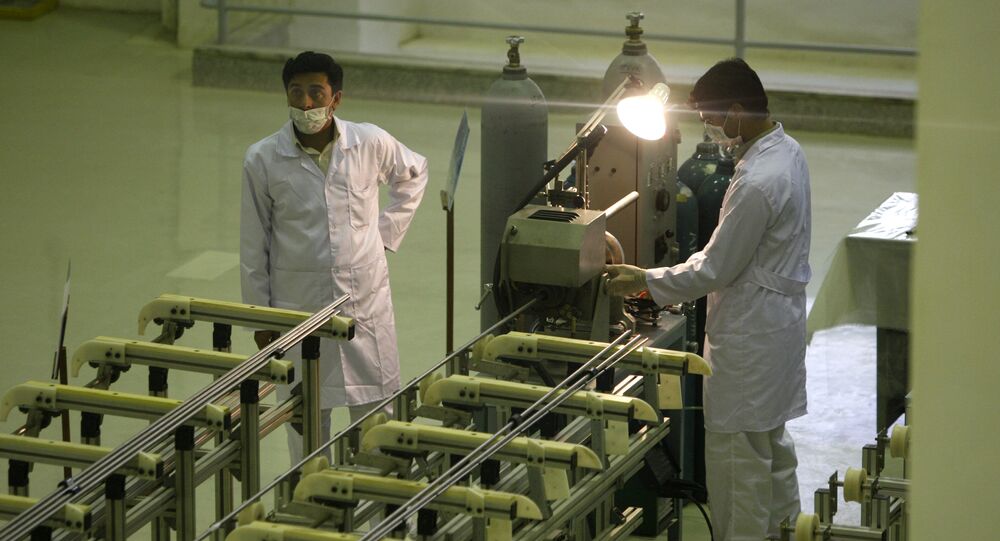 TEHRAN (Sputnik) - The Atomic Energy Organization of Iran (AEOI) on Thursday announced that the Middle Eastern country has increased capacity to enrich uranium in light of Washington’s plan to reinstate sanctions against Tehran.

"It does not matter if the snapback mechanism [which envisages restoration of sanctions] will be activated or not, the atomic energy organisation has taken big steps to increase the capacity to 190,000 SWU [Separative Work Units]", the AEOI tweeted.

The capacity increase was announced after US President Donald Trump told reporters on Wednesday that the United States intends to restore all "snapback" sanctions on Iran in the United Nations. The State Department said that the sanctions will be re-imposed 30 days after the UN receives Washington's notification.

After the US unilaterally abandoned the Joint Comprehensive Plan of Action (JCPOA), also known as the Iran nuclear deal, Iranian Supreme Leader Ali Khamenei tasked the AEOI to increase the capacity for enriching uranium to 190,000 SWUs. Tehran has repeatedly said that its nuclear program is peaceful.

Washington has announced plans to trigger the snapback mechanism to reimpose all UN sanctions — previously lifted under the JCPOA — after failing to get the UN Security Council to pass a resolution aiming to indefinitely extend the arms UN embargo on Iran. The arms embargo is set to expire in October under the terms of the nuclear agreement.