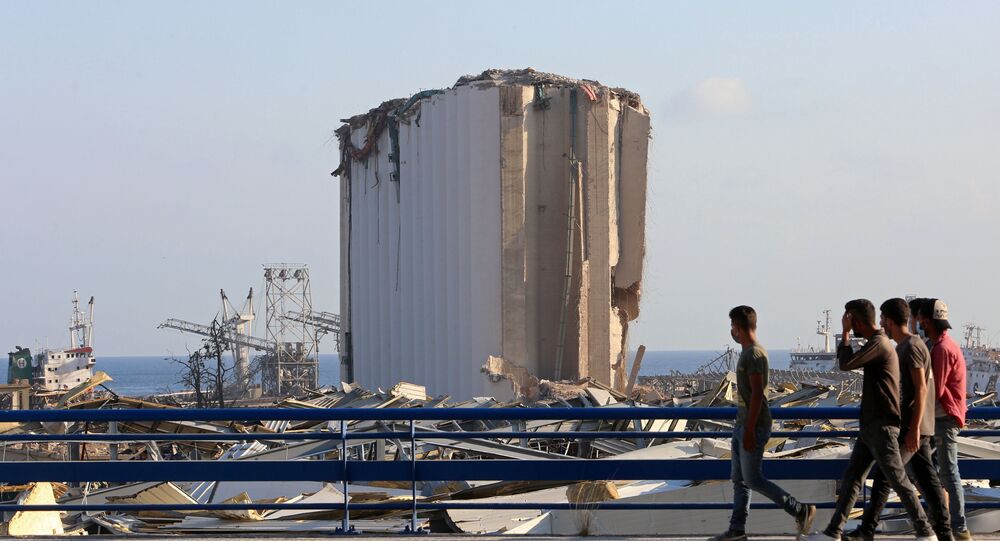 Food Security: The Grain Silo That Stood in the Path of Port Blast Wave, Shielded Half of Beirut

The grain silos in the Beirut port are the brainchild of famous banker Yousef Beidas, though they were built after his death.

When a powerful blast virtually obliterated the port of Beirut and wrought havoc upon the city on 4 August, it appears that one particular structure helped mitigate the terrible consequences of the explosion.

According to The National, military officials concluded that massive grain silos whose ruins still tower amid the devastated landscape of the port, "were crucial in shielding half of Beirut", particularly the city's densely populated areas, from the blast.

"That building made a major difference. Without it the casualties could have been much worse," one Western security official who "has been looking into the explosion" said as quoted by the newspaper.

The structure that took the brunt of the blast and was left severely battered by standing was envisioned by prominent Palestinian banker Yousef Beidas, with the newspaper pointing out that the silos were actually built after he had died in exile in Switzerland in 1968, with the construction being finished by 1970; the project was funded by the Kuwait Fund for Arab Economic Development.

"The silos were built correctly to take the pressure of the wheat and barley and corn inside it," George Bassil, a retired truck driver who used to ferry supplies from the silos to mills in the city, told the newspaper. "They stopped the destruction from being far worse."

And while the eastern walls of the silos ended up collapsing, the western walls managed to weather the power of the explosion, helping limit the damage to the western part of the city.

At this time, it remains unclear whether the silos' ruins will be demolished or preserved as a memorial.