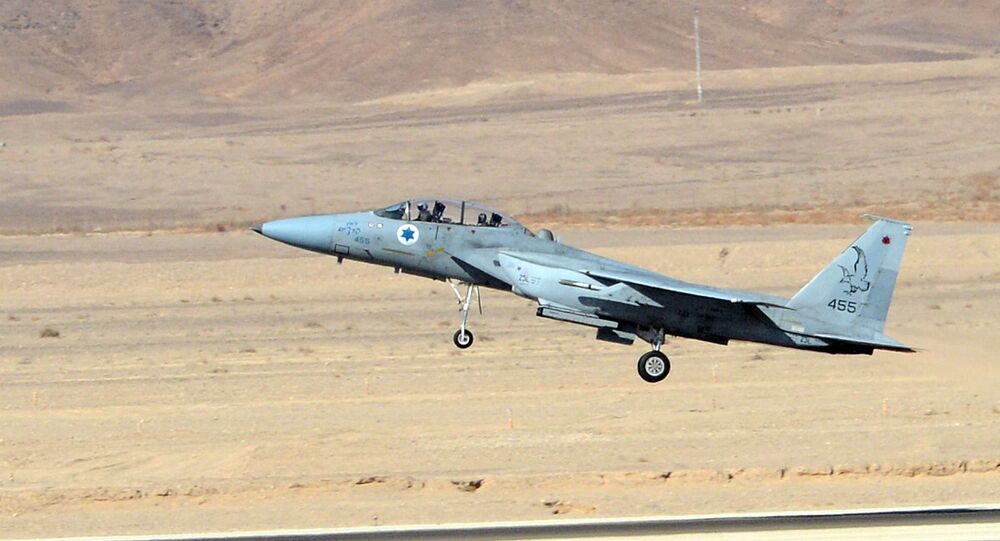 "Recently, IDF fighter jets and aircraft attacked underground infrastructure of the Hamas terrorist organization in the Gaza Strip. The attack was carried out in response to the explosion of explosive balloons and arson from the Gaza Strip into Israeli territory during the day," an IDF statement on the matter reads.

The attacks targeted infrastructure located near the Rafah crossing between Gaza and Egypt, the Jerusalem Post reported.

The airstrikes took place just hours after an Egyptian envoy left the Gaza Strip after attempting to prevent an escalation between Hamas and Israel.

Explosions have been reported across the Gaza Strip since last week in response to incendiary balloons being launched into Israel from Gaza.

Last Thursday, Israel also announced that it is limiting Gaza's fishing zone while simultaneously agreeing to temporarily halt its annexation of the parts of the West Bank to pursue full diplomatic recognition and relations with the United Arab Emirates.

US President Donald Trump called the preliminary peace agreement "historic" during a Thursday news conference. However, Israeli Prime Minister Benjamin Netanyahu stated last week that while Israel has agreed to hold off its annexation plans, the delay is only temporary.