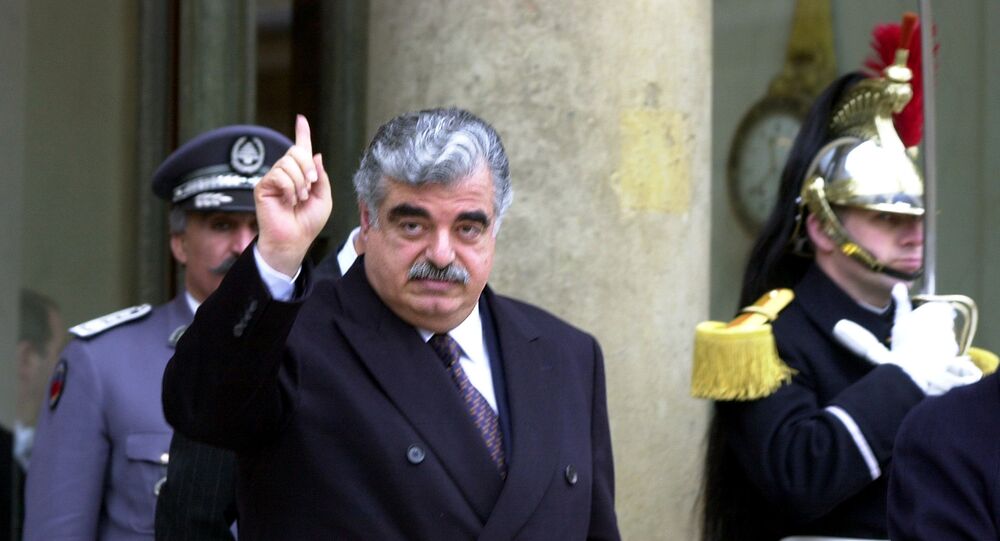 Who Was Rafik Hariri and Why is Verdict in Murder Trial Such a Big Deal in Lebanon?

In February 2005 former Lebanese Prime Minister Rafik Hariri was killed when a truck bomb blew up in Beirut. This week a UN tribunal in the Netherlands will give its verdict on who was responsible.

The Special Tribunal for Lebanon will return a verdict on Tuesday, 18 August, in the trial of four Hezbollah members accused of setting off a huge bomb which killed Rafik Hariri.

The verdict was delayed for 10 days out of respect for the 185 victims of the 4 August blast in the port of Beirut, which has been blamed on an accidental explosion of ammonium nitrate stored in a warehouse.

At the time of the blast there were fears it was a deliberate bombing linked to the Rafik Hariri trial.

So who was he and what happened?

Rafik Hariri was neither prophet nor devil. He was a human like the rest of us, with faults and strengths. His life's work was consequential for many of us, whether we are fans or not. He deserves real justice...

​Rafik Baha'eddine Al-Hariri, a billionaire construction tycoon and father-of-six, was Prime Minister of Lebanon twice - from 1992 until 1998 and again between 2000 and October 2004.

Hariri was a close ally of both France and Saudi Arabia but he was a convivial and pragmatic figure and held secret weekly meetings with the leader of Hezbollah, Sheikh Hassan Nasrallah.

On 14 February 2005 Harriri and 20 others were killed when a truck bomb as he drove through downtown Beirut. More than 200 people were wounded.

The four accused at the tribunal in the small town of Leidschendam, near The Hague, were all said to be members of Hezbollah but the prosecutors have said very little about what motivated them to kill Hariri.

There has been speculation they did it as a favour to Syria’s President Bashar al-Assad, who reportedly resented Hariri’s efforts to reduce Damascus’s influence in Lebanon.

​Syria has always denied any involvement in the assassination but in the wake of his death a so-called Cedar Revolution saw widespread protests against Syria, which withdrew the last of its troops from Lebanese soil in April 2005.

There are certain similarities with a 1994 truck bomb which destroyed a Jewish community centre in the Argentinian capital, Buenos Aires, killing 85 people.

That has also been blamed on Hezbollah and, in that case, Iran despite holes in the evidence.  In 2007 the UN Security Council launched an investigation into the assassination. Over the last 13 years the investigation and the trial has cost a total of US$1 billion - of which the Lebanese government paid around half.

The investigators originally named five Hezbollah members as suspects in the bombing and in 2011 they went on trial in absentia.

Charges were dropped against one of the five, Mustafa Badreddine, after he was killed during the Syrian civil war in 2016.

The whereabouts of the other four - Salim Ayyash, Assad Sabra, Hassan Oneissi, and Hassan Habib Merhi - are unknown.

Leader of Hezbollah militia, Hassan Nasrallah, said”He will deal with the decision of the International Tribunal against the four accused of his members in the assassination of former PM Rafik Hariri "as if it had not been issued."
His statement is evidence of his guilt. pic.twitter.com/K5X29ZBrEQ

​The prosecution is based largely on mobile phone data which suggests the suspects were tracking Hariri's movements several weeks before the explosion.

The tribunal - which began in 2014 - heard evidence from 297 witnesses but there was no smoking gun.

Hezbollah has also denied involvement and claimed the evidence against it has been cooked up by Israel to tarnish its reputation.

Michael Young of Carnegie Middle East Center told AP: "The UN investigation was glowingly referred to once as a mechanism to end impunity. It has proven to be exactly the contrary."

But former Lebanese Cabinet Minister Marwan Hamadeh, who survived the blast, said: “It's going to be a great, great moment not only for me as a victim but for me as a Lebanese, as an Arab and as an international citizen looking for justice everywhere.'

The verdict is expected to further split Lebanon, which remains divided between pro-Saudi and pro-Syrian/pro-Iranian cliques.

Make no mistake - warlords in #Lebanon will be working hard to find a compromise using the same old faces. This is not acceptable, to the people or to Lebanon. #Hezbollah working hard to minimise losses.

​The pro-Saudi clique, which is known as the March 14 Alliance and is led by Hariri’s son Saad, believes Hezbollah was to blame for the bombing and claims it was carried out because Hariri opposed the pro-Syrian President Emile Lahoud.

The March 8 Alliance, which tends to support Syria and Iran and includes Hezbollah, is currently led by Michel Aoun, who has been the country’s President since 2016. It does not subscribe to the theory that Hezbollah was responsible for Hariri’s assassination.

“For us it will be as if they were never issued,'' he said.

Omar Nashabe, who served as a consultant for the defence team, said the trial "may not be the best process to reach justice in such cases.''