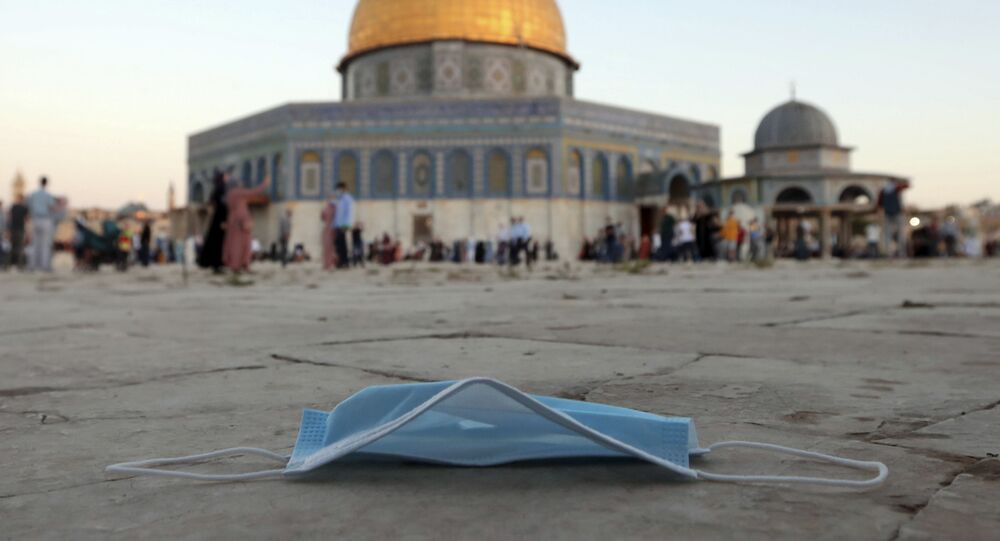 Israel has been dealing with a renewed COVID-19 outbreak, with the Health Ministry urging to avoid the northern Arab Israeli town of Yarka where cases almost quadrupled over the past week, registering one of the highest rates of infection in the country, according to Haaretz.

Israel’s National Coronavirus Project Coordinator Ronni Gamzu sparked outrage on Sunday after remarking that the country’s Arab community had almost carried out a “terror attack” with its behavior resulting in a surge in COVID-19 cases, reported The Times of Israel.

“The Arab community has committed in the past fortnight, since Eid al-Adha, almost a terror attack with hundreds of sick people,” Gamzu said in an interview with the Ynet news site.

“Gatherings, parties, celebrations, complacency, indifference — the feeling is that the coronavirus can’t hurt them,” added Gamzu, who is also Director of the Special Operations Control Center.

Gamzu’s remarks triggered a wave of sharp condemnation, with critics underscoring the high percentage of workers in the Israeli healthcare system who come from Arab communities.

Ayman Odeh, head of the predominantly Arab Joint List party, urged Gamzu to engage with the Arab community of the country to defeat the coronavirus pandemic.

“It is a pity that, while the Arab doctors are at the forefront of the struggle against the coronavirus, [Gamzu] comes out with a statement that harms an entire society. Instead of such unfortunate statements, I invite him to work together to defeat the pandemic,” Odeh said.

The Israeli government’s coronavirus point-man later apologized, suggesting his words had been misinterpreted and explaining the term “terror attack” was used by him to signify the effect on Arab communities.

© AP Photo / Oded Balilty
A Palestinian woman stands in the water on the beach during the Muslim Eid al-Adha holiday, in Tel Aviv, Israel, Wednesday, Sept. 14, 2016.

“The intention behind the term ‘terror attack’ was stated in reference to the virus that causes its highest infection rates in the Arab community, and not society in general, as the headlines suggest… I would like to apologize if things were not understood in this way,” said Gamzu.

The former Health Ministry chief who is CEO of Tel Aviv’s Sourasky Medical Center also issued a direct appeal to Arab leaders to actively try to bring down infection rates.

“You have power, I know you. You’ll do it far better than the central government. Don’t wait — get help from the Home Front Command and resources from us. Only in this way can morbidity be reduced,” urged Gamzu.

The news came as on Friday, the Health Ministry urged the public to stay away from the Arab Israeli town of Yarka due to a spike in coronavirus cases there, as the country faces a renewed surge of COVID-19 cases.

On Sunday morning, 876 Israelis were hospitalized with confirmed COVID-19, 396 of whom were listed as being in serious condition.

The death toll from the virus in the country reached 679 on Sunday, and a total of 92,404 Israelis are confirmed to have contracted the virus since the start of the epidemic, writes Israeli media citing the Health Ministry.

Muslim Celebrations of Eid al-Adha Around the Globe Amid Pandemic