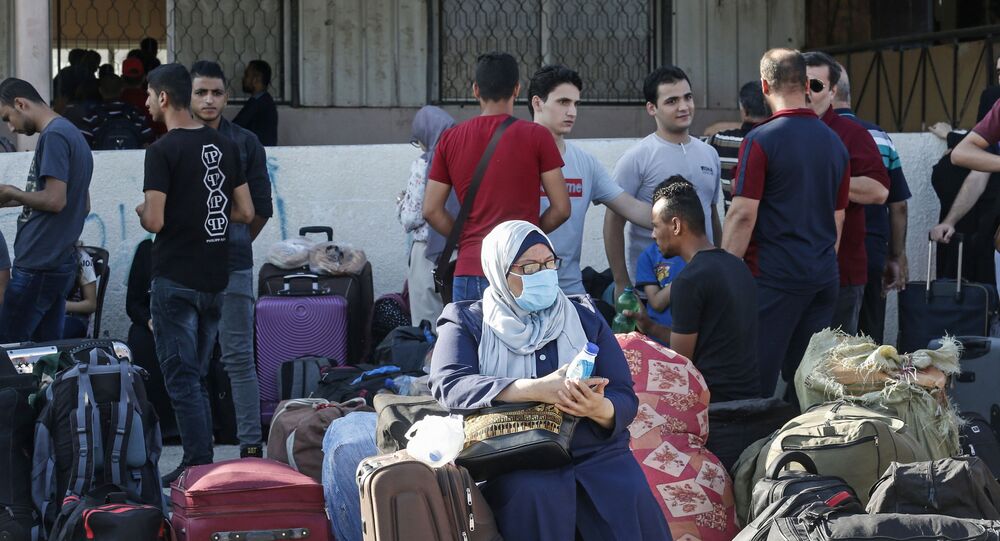 Years after Israel's disengagement, some Palestinians are calling on Israel to come back and recapture the Gaza Strip. But would Israel ever want to go back, given that staying in the enclave would be both costly and dangerous.

15 years have passed since the last Israeli soldiers and settlers left the Gaza Strip after then Prime Minister Ariel Sharon decided to dismantle the 22 Jewish communities dispersed throughout the enclave.

But now Tzahi Hanegby, a Community Affairs Minister from the ruling Likud party, says Israel could be forced to recapture the area it once controlled for 38 years.

"We will eventually have to go all the way into Gaza and take over because... one day there will be so many rockets and missiles fired from Gaza that the Israeli public won't accept the status quo anymore," he told i24NEWS, referring to the rocket attacks on Israel by Hamas.

In 2015, a survey found that slightly more than 50 percent of Israelis wanted to see the Gaza Strip recaptured, while experts and officials have also expressed their support for the idea.

Now, even some Palestinians are joining the chorus.

Mohammed Taluli, a peace activist, who left Gaza almost a year ago, preferring to be a refugee in Greece than "a prisoner in the Strip", says the "return of the Israeli rule might bring stability to the enclave".

"Books have been written about the suffering of the Palestinian people but it was caused because of our own rulers, who refuse to take responsibility for the dire conditions that exist in the enclave".

The economic situation in Gaza has deteriorated since 2007, when Hamas,  an Islamic group deemed terrorist by Israel, took over the enclave ousting its main rival faction - Fatah.

As a result of the takeover, Israel imposed a blockade on the enclave, which worsened the already difficult economic conditions of Gazans.

According to reports, poverty in the Strip reached 75 percent in 2019, while unemployment stood at slightly more than 45 percent.

© AFP 2021 / MOHAMMED ABED
A Palestinian youth sells tea by the beach in Gaza City as coronavirus lockdown eases, on July 15, 2020.

2020 hasn't improved the conditions of Gazans either and the pandemic has seen unemployment rates rise, pushing even more people into poverty.

It is because of this, says Mohammed, that he prefers to see the return of Israeli rule.

"Back in the 80s [with the eruption of the First Intifada - ed.] Palestinians were still able to confront the Israelis and could still lead our resistance but a day after we could also go to work in Israeli territories and put food on the table, something that is not happening now," said Mohammed adding that his frustration was so big that he decided to share his thoughts with friends on his Facebook page.

But he soon realised that was a mistake. The majority sent him hate messages, calling him a traitor, who opted to collaborate with Israel rather than support the Palestinian resistance.

It got to the point, where Mohammed and his family in Gaza received threats forcing him to flee to the Greek island of Leros.

Mohammed says he is determined to "tell the truth" despite threats and claims "there are many others like him in Gaza, who think this way".

"They will not be willing to say it openly because they are ruled by an iron fist and are fearing that radicals will come to get them but many Palestinian hold similar views," he reassured.

Quite an opposite view was seen in a 2018 poll conducted in the West Bank and Gaza.

The survey found that only 9 percent of Palestinians in the West Bank and 10 percent in Gaza backed the idea even if it meant that all the area's residents would be given equal rights.

Does Israel Need It?

In 2014 when Israel sought to put an end to the indiscriminate rocket fire emanating from Gaza, the IDF was asked to assess the repercussions and costs of capturing the strip.

The army's assessment shocked Israeli politicians. Apart from the fact that it predicted "hundreds of dead soldiers", it also stipulated that maintaining an Israeli presence in the enclave and catering to the needs of two million Palestinians would translate into big expenses that would come from the public purse.

Prior to the disengagement, the Jewish state maintained two military divisions in the enclave, each containing up to 20,000 soldiers -- all with the aim to secure less than 9,000 Jewish settlers.

But between 2000 and until the withdrawal in 2005, Palestinian terrorists killed more than 90 Israelis in the Gaza Strip. They also launched around 2,500 rockets and mortar shells towards the enclave's Jewish communities, eventually driving Israel out of the area.

Will Israel be willing to enter those deep waters again? The former head of IDF intelligence doubts it.

"Politicians talk and Israel has the ability and the means to re-conquer Gaza but I can tell you that the human price Israel will need to pay to do that will not be worth it, and there is no party in Israel that will want to take this responsibility on itself," she said last November.