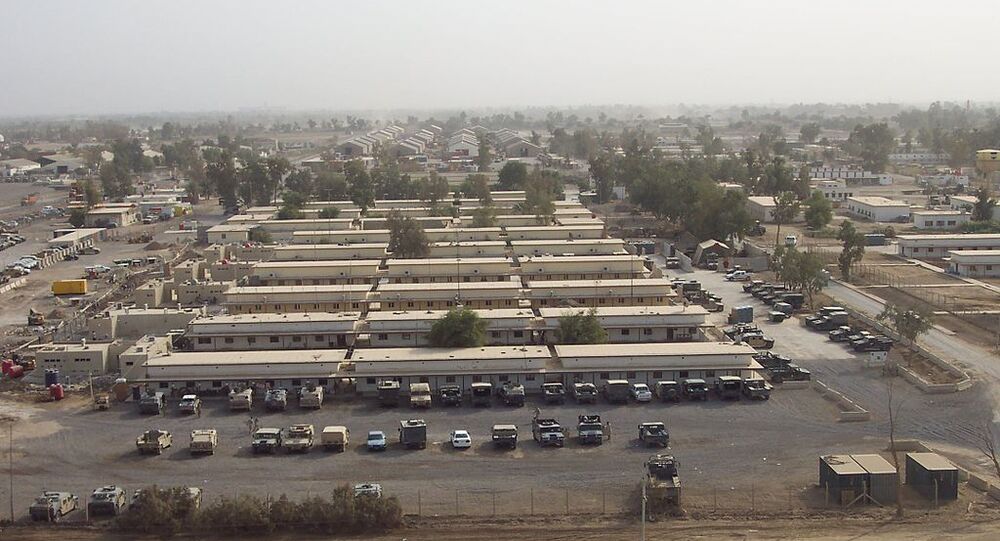 In March, dozens of rockets were fired at Taji camp, an Iraqi base located to the north of Baghdad where the US and coalition troops are stationed. Three coalition personnel, including two US citizens and one UK national, died as a result, and 14 others were injured.

Two rockets fell inside Iraq's Taji military base that hosts US-led coalition troops on Saturday, the state-run news agency reported, quoting a statement by the military.

No casualties have been reported.

Taji Camp, a military base located to the north of Iraqi capital Baghdad, has been stationing US and coalition troops. It has repeatedly come under rocket fire.

On 11 March, the Taji base was hit by dozens of rockets, resulting in the death of two US citizens and one UK national, as well as leaving 14 others wounded. The US blamed the attack on pro-Iran Shia Muslim groups, in particular Kataib Hezbollah. The US forces carried out precision strikes against the group in retaliation, damaging weapons storage facilities and Karbala airport, 110 km southwest of Baghdad.