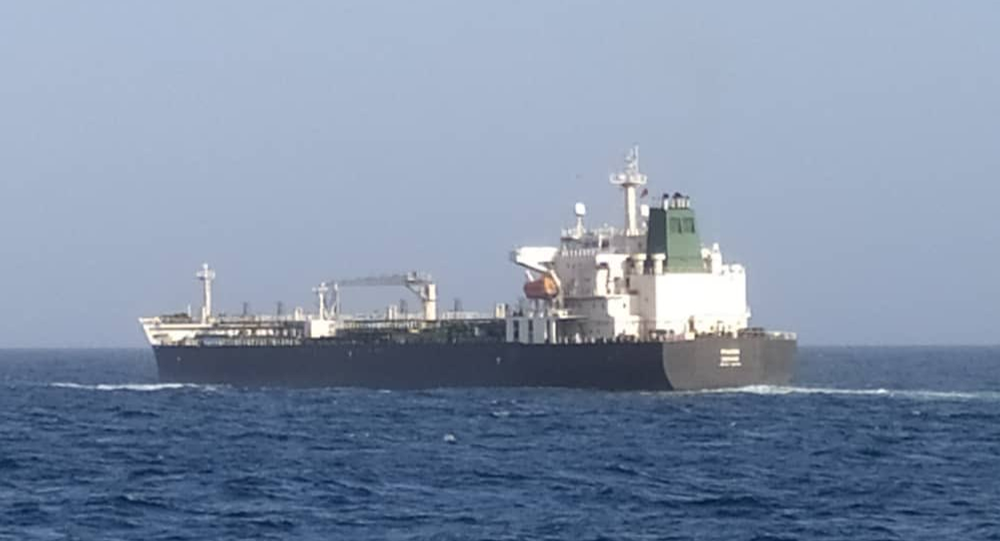 Iranian Envoy Says None of Its Cargo Ships, Including Those Carrying Gasoline Have Been Seized by US

The Wall Street Journal earlier claimed, citing anonymous officials, that four Venezuela-bound Iranian cargo vessels loaded with fuel, the Luna, Pandi, Bering, and Bella, had been seized by the US.

Iran's Ambassador to Venezuela Hojat Soltani has denied media reports about the seizure of Iranian cargo vessels carrying gasoline to the Latin American country by the US, calling such claims a piece of "psychological warfare by the US propaganda machine". He stressed that the ships actually seized have nothing to do with Iran and its help for Venezuela in the form of fuel shipments.

"The tankers are neither Iranian, nor do their owners or flags have anything to do with Iran. The terrorist Trump just wants to cover up the humiliation of his failure against the great nation of Iran by scattering false propaganda", Soltani said.

The ambassador further stated that Tehran would retaliate against any hostile actions directed against its ships and Iran's legal right to ship its goods.

The Wall Street Journal previously reported, citing anonymous officials, that four ships, the Luna, Pandi, Bering, and Bella, purportedly carrying Iranian fuel to the Latin American country suffering from gasoline shortages, had been seized by US forces. The newspaper claims that the American authorities managed to take control of the ships and confiscated their cargo, adding that right now they are sailing towards a port in Houston.

The Marine Traffic service shows that all four vessels presumably seized by the US have not updated their positions in the tracking system since May or June, with most of them sailing under the Liberian flag. However, the media claims that the tankers were privately owned and allegedly hired by Iran for the job. The newspaper claims they were originally a part of a larger flotilla allegedly sailing towards Venezuela and escorted by an Iranian Navy ship, but these four peeled off from the group at some point.

Both Venezuela and Iran are suffering from US sanctions limiting their oil trade among other things. Their impact along with an economic crisis has crippled Venezuela's ability to refine extremely heavy blend of oil extracted from its oilfields into gasoline, leading to countrywide shortages.

Unable to resolve the issue by themselves, Caracas had requested aid from Tehran, who later sent out five tankers filled with gasoline and components needed for Venezuela to refine its own. The cargo ships reached their destination despite media reports suggesting that Washington had mulled using its Caribbean-based navy to intercept the five vessels sailing under Iranian flags. Instead, the US chose to go after private shipping companies that allegedly agreed to ship additional volumes of Iranian fuel to the Latin American nation.

The White House claims that Iran is paid in gold from Venezuelan state reserves for the fuel purportedly used to keep elected president, Nicolas Maduro, whom the US tried to topple last year, in power. Both Tehran and Caracas condemned the American statements, with Iran noting that Washington doesn't have a clue about the nature of the cooperation between the two countries.