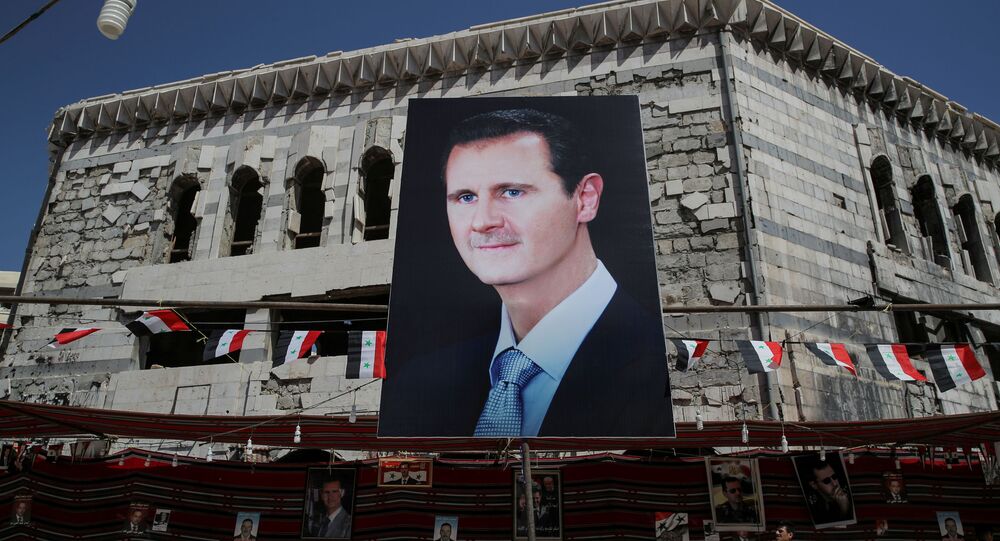 BEIRUT (Sputnik) - Syrian President Bashar Assad’s address to the newly elected parliament on Wednesday was interrupted for a few minutes, with the press office of the presidency saying it was caused by a drop in blood pressure.

"Follow Mr President Bashar al-Assad's speech before the members of the People's Council of Syria, which was interrupted for a few minutes due to a slight pressure drop that afflicted the President before he returned to resume the speech normally", a message published on Twitter read.

Assad delivered the speech at the swearing-in of the new convocation of the Syrian People’s Council, voted for in July.

In his speech, the Syrian president stressed that even war doesn't prevent the people from carrying out their duties, adding that "if the destruction and terror impose a return backward in general, this does not prevent us from moving forward in some sectors to be in better than we were before the war".

​Syria has been mired in conflict since 2011, with numerous opposition groups as well as militant and terrorist organisations fighting the Syrian Arab Army and other forces loyal to the government of President Bashar Assad.