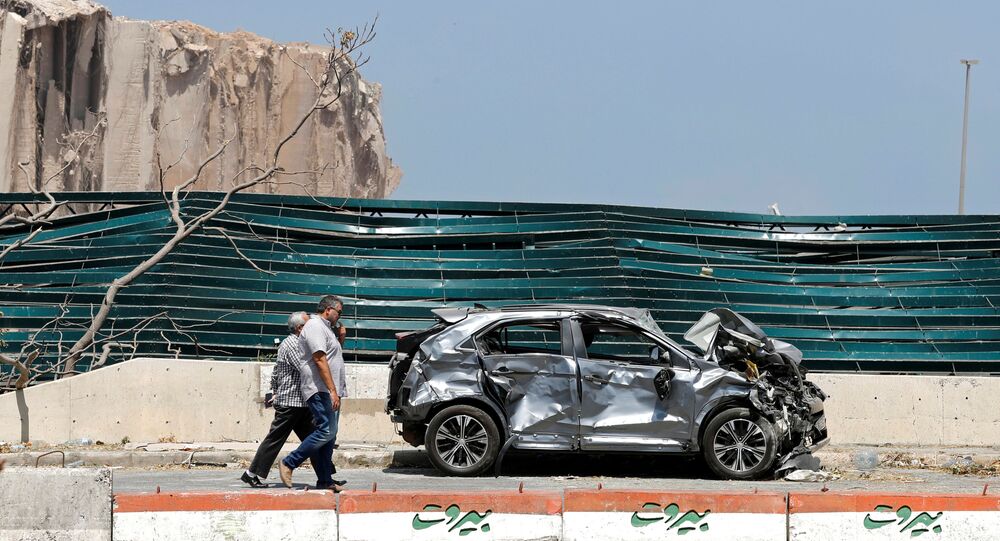 The huge explosion that occurred last Tuesday destroyed the port itself as well as some 6,000 buildings in the Lebanese capital, leaving over 300,000 people without shelter.

The number of those killed in the Beirut explosion has risen to 171, the LBC broadcaster reported on Tuesday, citing Health Minister Hamad Hassan. According to him, the number of people missing after the blast is around 40-50, while over 1,500 need special medical treatment.

The catastrophe was caused by some 2,750 tonnes of ammonium nitrate – a highly explosive fertiliser – that was being stored in Beirut's port. Reuters reported, citing an unnamed senior security official, that the government was warned about the dangerous cargo in July.

As a result of the deadly explosion, mass unrest has hit the country, forcing Prime Minister Hassan Diab to announce the resignation of the cabinet on Monday. President Michel Aoun accepted the government's resignation, asking ministers to continue to work in a caretaker capacity until a new cabinet can be formed.