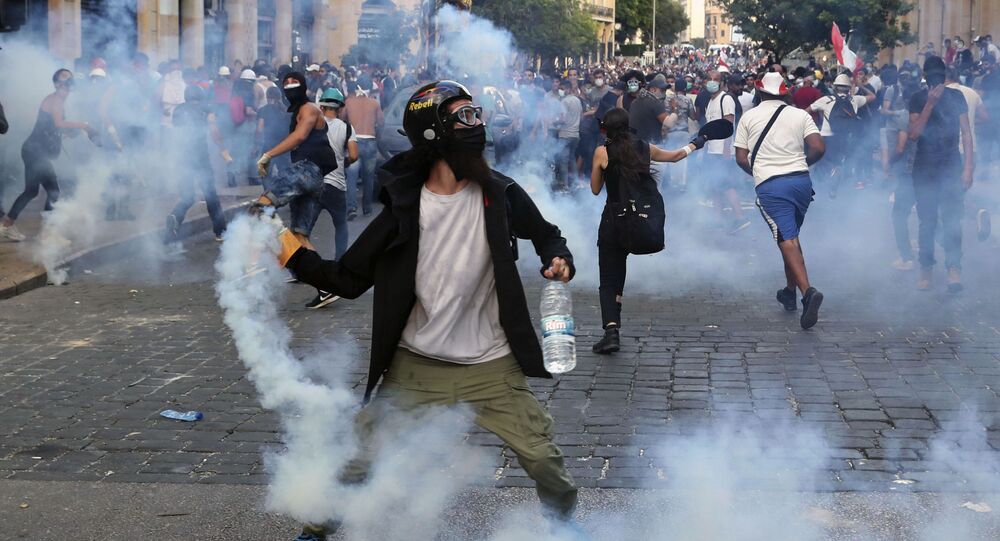 Protests returned to Beirut with vigour last week when citizens gathered to call for justice over the devastating Beirut port explosion on 4 August.

A live broadcast shows mass protests in Beirut, Lebanon entering their fourth day after Lebanese Prime Minister Hassan Diab announced the resignation of his government. Lebanese citizens returned to the streets demanding justice and the removal of the entire political class.

During last week's clashes between protesters and police, over 700 people were injured and one police officer died.

The protests in Beirut come after a powerful explosion ripped through the Lebanese capital last week, levelling the port and killing at least 170 people.  According to the authorities, the explosion was caused by 2,750 tonnes of ammonium nitrate, confiscated by the customs services in 2014.