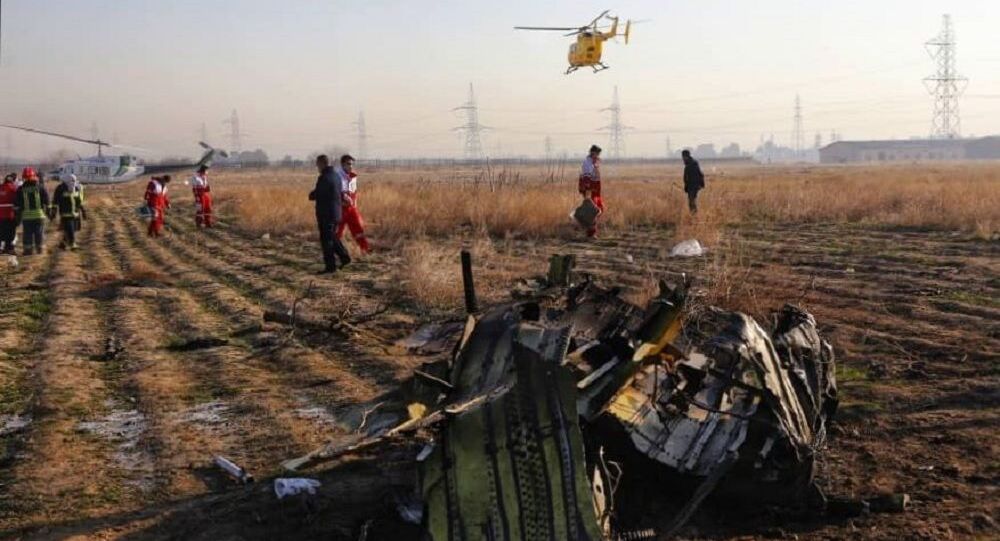 The head of Iran’s Central Insurance Organization is arguing that European insurance companies, rather than Tehran, should be responsible for covering costs related to the Ukrainian International Airlines (UIA) plane downed shortly after takeoff by Iranian military personnel on January 8.

"The Ukrainian plane is insured by European companies in Ukraine and not by Iranian [insurance] companies," said Gholamreza Soleimani, according to Reuters, citing the Young Journalists Club news website affiliated with Iranian state TV.

"Therefore, compensation should be paid by those European companies."

To clarify, Soleimani’s comments pertained specifically to the aircraft, not compensation for families of the 176 victims - which Iran has stated it will cover.

"Iran agreed to pay compensation for the plane, but the implementation of this issue will take time and has various aspects from a technical and legal point of view,” Iranian Foreign Ministry spokesperson Abbas Mousavi expressed in late July, noting that "many passengers" were Iranian citizens.

He added that talks with Ukraine would be continuing in relation to the matter.

Reuters reported that at least 57 of those aboard Ukrainian International Airlines Flight PS752 were Canadian nationals. According to the Tehran Times, the list of deceased passengers included “82 Iranians, 63 Iranian-Canadians, 11 Ukrainians, 10 Swedes, four Afghans, three Germans, and three British nationals.”

Iran’s Civil Aviation Organization detailed in a July report that “a failure occurred due to a human error in following the procedure” for radar alignment caused a “107-degree error,” AFP reported at the time. A lack of communication prior to the firing of two ground-to-air missiles was also noted in the organization’s release.

A preliminary analysis of black box data from the plane wrapped in late July, but Katy Fox, chair of Canada’s Transportation Safety Board, said in a July 24 statement obtained by Al Jazeera that “the investigation is far from over.”

“There are still many key questions that need to be answered," she added.

“Information gathered by investigation team of the Civil Aviation Organization and also observations have been conformed to data of the black box, and Iran is supposed to reach a final conclusion at the presence of [a] Ukrainian delegation and issue the final statement,” Iranian Minister of Transport and Urban Development Mohammad Eslami announced August 9, as reported by the Tehran Times.

The official highlighted that the publication date of the final report is dependent on Tehran’s coordination with Kiev.